With the release of Windows Server 2012 finally upon us there are many chomping at the bit to install the final version on a server for testing.

We got our hands on the final code and walked through the process using a Dell R520 as our test platform. While some of the Dell literature doesn’t list the R520 as supported hardware, we were assured by our Dell contacts that it is fully supported.

Fortunately for us, our system came with a BIOS version (1.3.0) that meets the minimum requirements. If you have a Dell server you’re looking to upgrade, you’ll want to first check out their Windows 8 wiki page with a list of minimum BIOS versions. If you do need to update your BIOS, you’ll want to go to the Dell Support site to find the latest version.

For 11G servers and newer, there is a new feature called the Lifecycle Controller to assist with all aspects of maintaining the system. It was disabled by default on our test machine but is easily enabled through the System Setup (F2 during boot). Once enabled, you must access Lifecycle Controller by pressing F10 during the initial boot phase. 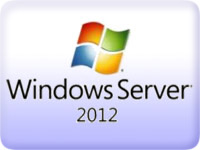 The guide has a section on supported hardware and any currently incompatible devices. Dell will be making updates as new drivers are ready. The other key point in the Early Adopters Guide is how to install the Dell management tools should you need them.

One of the new features in Windows Server 2012, called Storage Spaces, provides a software-based way to manage multiple physical hard disks. It essentially replaces hardware RAID with a software solution. If you intend on using this functionality, you’ll first have to remove any existing RAID configurations on your system.

Once you have the RAID configuration utility open you must break any RAID groups that you wish to reconfigure for Storage Spaces. With the Perc H710P Mini RAID controller, first select the Disk Group to delete and then press F2, followed by choosing Delete Disk Group.

With this step complete, next add a new Disk Group for each individual drive by selecting the controller and again pressing F2, followed by Create New VD (Virtual Disk). Each disk must be in its own Disk Group and configured for RAID 0.

The installation process is straightforward and was completed in less than fifteen minutes. We were then able to proceed with the configuration of the machine.

During the setup process you will be prompted to enter an administrator password. Once logged in you will be presented with the new Server Manager screen (see Figure 1).

From here you can change things like the server’s IP address, enable remote desktop and set the proper time zone. This page shows off the capabilities of the new Server Manager tool.

Everything a system administrator needs to do is one or two clicks away. It’s even possible to connect to and manage multiple servers from the same screen. Once the system is part of a domain you will have the ability to connect to any domain-joined server with the proper credentials.

The last piece we’ll talk about in this review is the Storage Spaces configuration process. First navigate to the File and Storage Services tab on the left-hand side of the Server Manager screen.

You should see some available disks, as in Figure 2. From here the first step is to create a basic Storage Pool. After choosing Storage Pool under the Volumes menu you next must use several wizards available from the Tasks drop-down button at the top right-hand side of the screen.

Choosing New Storage Pool will launch a wizard to lead you through the process. A Storage Pool is made up of one or more disks configured for either Simple, Mirrored or Parity data protection.

You choose from one of these three in step two of the process, where you configure a Virtual Disk. The final step is to create a new volume using another wizard. Once you’ve completed these steps you should have a drive letter available for normal file operations.

While this really just touches the surface of Windows Server 2012, it does demonstrate how quickly you can get an existing machine up and running in short order.

We’ll take a look at some of the other features of Windows Server 2012 in our next article.