SuperMicro has been turning out multi-node systems for quite some time, and the latest four-node in a 2U system continues the trend of packing plenty of punch in a small package.

We were recently given remote access to a SYS-2028TP-HC0R system to test with the latest version of VMware VSAN. The remote access actually worked quite well, 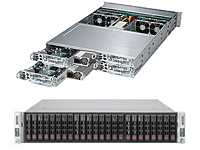 as we were able to configure individual nodes by connecting to the management ports using the remote host system.

This type of access is not unlike the method many companies use every day to connect to their co-located equipment. It gave us a chance to test accessing both the operating system and the remote management capabilities provided by SuperMicro.

Our host access system was running Windows Server 2012 R2 and connected to both an Internet connection and the same switch as the SuperServer. This system has been designated as a VMware-certified EVO:RAIL platform with full support for the latest version of VSAN.

The motherboard for each node is a Super X10DRT-P and supports up to 1 TB of DDR3 ECC LRDIMM memory and 512GB of DDR3 ECC Registered memory (RDIMM).

On the power side, the SuperServer chassis has room for two 2000W high-efficiency redundant power supplies that support a full range of input voltages. Internally you’ll find support for a single low profile PCI-E 3.0 X 16 slot plus an additional “0 slot.”

The “0 slot” is actually a small proprietary SuperMicro slot for adding additional functionality like a 10 G Ethernet port. Our test system had a PCIe 2-port 10 G Ethernet card installed in each node.

All SuperMicro systems include a Baseboard Management Controller (BMC) built around a custom controller chip. The BMC fully supports version 2.0 of the Intelligent Platform Management Interface (IPMI), as well as version 1.5, for all out-of-band management.

A separate downloadable application provides a Windows-based tool for controlling multiple servers from a remote system. This application will work with any BMC based on IPMI 2.0 or 1.5.

You can also connect to the IPMI interface using a web browser. Figure 1 shows a clip of the Power consumption page available from the Server Health tab. The graphs give a quick visual display of power usage in the last hour, day and week. 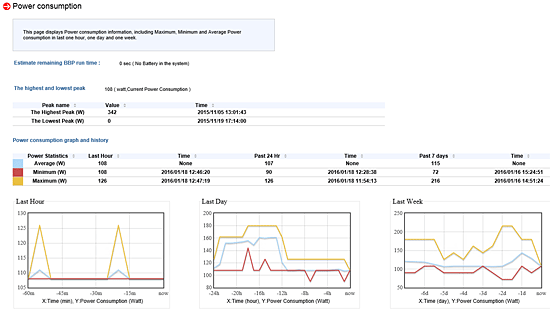 Figure 2 shows the Hardware Information tab with details about the system, CPU and memory. This page does have a few items missing, including any information regarding the storage system or network interfaces. 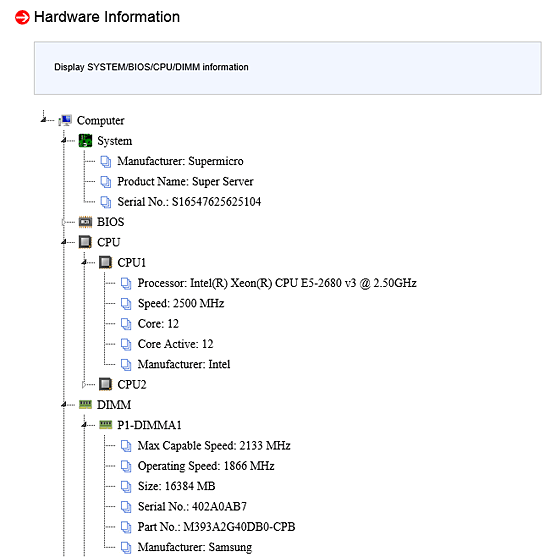 The primary purpose for reviewing this system was to test the latest version of VMware’s VSAN. SuperMicro sells this system as their primary EVO:RAIL platform with configurations to support from 100 up to 400 virtual machines. Those numbers are based on virtual machines with 2 vCPUs, 4GB of memory and a 50GB disk.

You could obviously squeeze a lot more VMs on this system with lower memory requirements. Our VSAN performance testing showed the system consistently delivering over 170,000 IOPS using the Iometer benchmarking tool.

On the Windows front, this system fully supports Windows Server 2012 R2 and could be configured as a Hyper-V redundant cluster. An even more interesting Windows configuration would be the latest TP4 preview release of Windows Server 2016, which has a new feature called Storage Spaces Direct.

This feature requires a minimum of four nodes to configure and utilizes locally-attached disks replicated over the network for redundancy. Windows Server 2012 R2 has a feature called a Scale-Out File Server that uses two servers and shared JBOD storage to provide highly reliable and available storage.

SuperMicro has quietly become the de facto hardware supplier for many hyper-converged storage companies like Nutanix and Tegile and as a base hardware platform for software products like Nexenta and StorMagic.

The sheer number of products and configurations available from SuperMicro is incredible. It’s easy to see why a company would pick SuperMicro as their hardware supplier of choice for building out an appliance-based solution.

A fully configured system like the one we tested will run somewhere around $48K. The price is not firm due to the fact that SuperMicro sells product to distributors who in turn configure a system to a customer’s specifications and add some cost for that service.

You can buy from a wide range of distributors, including Ingram Micro, Avnet Embedded, Tech Data and more. The SuperMicro website has a complete list to choose from.