Server Management and Development Made Easy by HPE

Very few developers or IT pros these days connect directly to the console of a server for developing server apps or managing a system. Everything you need to manage a remote server can be accomplished from any PC and, in many cases, from a tablet or even a smartphone.

Windows-based systems come with a built-in remote desktop program that connects you to the console of the server as if you were directly attached to it. 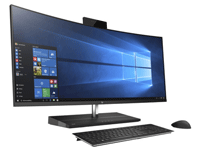 For this review, HPE provided ServerWatch with two laptops plus an HP EliteOne 1000 G1 34-inch Curved AiO system. The EliteBook 1040 G4 is the larger of the two laptops and came equipped with an Intel Core i7-7820HQ CPU plus a 512GB NVME SSD.

Ask any system administrator about screen real estate and they’ll tell you bigger is better. The HP EliteOne 1000 G1 34-inch AiO fits the bill at a price that won’t break the bank. It’s also a great space saver with all system electronics built into the base of the monitor.

It was designed with enterprise communications in mind, including Bang & Olufsen speakers and a pop-up camera for video conferencing. Our system came configured with an Intel Core i5-7500 CPU and 8 GB of memory.

Another out-of-the-box feature currently in beta is OpenSSH Client and Server (see Figure 1). Both tools run on the client and server versions of Windows and bring another open source tool to the table for system administrators. SSH has been the tool of choice for remote Linux administration for a very long time, and having it natively available on Windows makes the life of the system administrator much easier.

One of the benefits of using SSH is key-based authentication. This makes it possible to establish a secure connection with a remote system by using public/private key pairs. To generate key files, use the ssh-keygen utility provided with the OpenSSH installation.

Protecting keys is the job of ssh-agent, which runs as a service and stores all private keys within a Windows security context. When a key is needed for authentication the ssh-agent service will retrieve the local private key and pass it along to the SSH client.

If you’re developing software today for the enterprise, you’re probably using containers at some level. The good news is you can develop everything on a small laptop like the HP EliteBook X360 G2 without missing a beat. To get started with Windows Containers you must download and install Docker for Windows. One extra step must be accomplished before you can perform any Docker commands, and that is to add the current user to the docker-users group as shown in Figure 2. 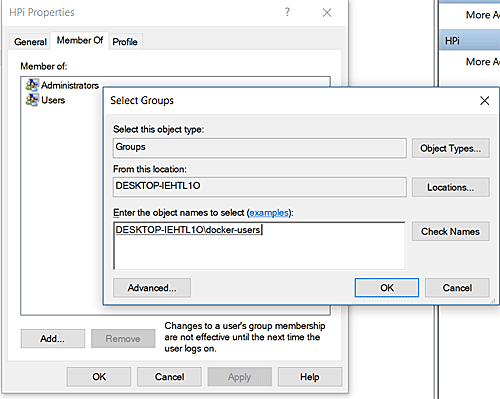 Once you have the base installation of Docker completed you will be able to launch containers from the command line. The settings dialog shown in Figure 3 allows you to adjust things such as when Docker starts and whether to share local drives and make them available to your containers. 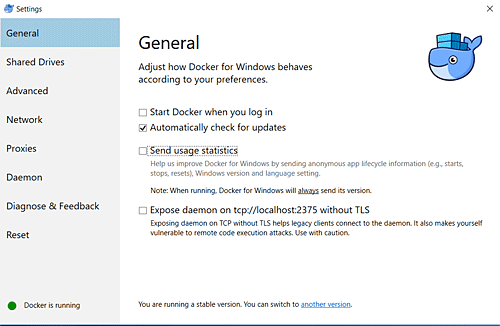 The other option for running a Linux environment is the Windows Subsystem for Linux. This feature can be installed using Windows PowerShell as administrator with the following command:

Once you have this feature enabled you will need to download one of the Linux distributions from the Windows Store. Available options at the time of this writing include Ubuntu, OpenSUSE and SLES. Microsoft continues to improve this feature with new capabilities driven by user requests and requirements.

The key point to make here is that developing enterprise applications happens on a laptop or workstation. These two HP laptops make great portable development systems with plenty of horsepower and memory to get the job done. They also offer a lot of convenience features like a built-in HDMI port and two USB-C ports for driving lots of external monitors should you so choose.

If you like a keyboard with dedicated keys for page up/down, home and end, you’ll want to go with the larger HP EliteBook 1040 G4. It also has a bit better battery life with the larger form factor.

HP is known for its attention to detail, and that shows in all three of these devices. Little things like the Bang and Olfusen speakers add to the already stellar quality of the systems. You can customize any of these products to meet your specific needs to balance out cost and performance.