Piston Pivots Beyond OpenStack with CloudOS

One size rarely fits all. That’s a lesson OpenStack vendor Piston Cloud Computing is showing it understands quite well with its CloudOS 4.0 release. Prior to CloudOS 4.0, Piston’s primary cloud server platform was called Piston OpenStack, with the most recent update being the 3.5 release, which debuted in September 2014. 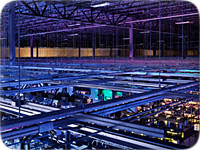 “The CloudOS 4.0 release is an expansion of our core technology, to support workloads other than OpenStack,” Christopher MacGown, co-founder and CTO of Piston, told ServerWatch.

MacGown said that CloudOS 4.0 is a logical extension of the mission Piston has been on since the company was first created. He added that when Joshua McKenty, Gretchen Curtis and himself founded the company in 2011, the idea was all about building a data center operating system with flexible resources and with OpenStack as a core component.

“For a long time we thought that OpenStack would be the only component, but we have expanded organically,” MacGown said. “Our customers have told us that they want Hadoop support, but they don’t want to go the direction of the OpenStack community by launching Hadoop in virtual machines, but rather they want bare metal.”

MacGown emphasized that CloudOS is the result of Piston expanding its technology focus to support bare metal and cluster-level orchestration and applying it to other workloads beyond just virtual machines.

The name “CloudOS” has been used before, most recently by HP, from December 2013 until May of 2014. HP announced Cloud OS as an iHP enhanced version of the open source OpenStack platform, in December of 2013. In May of 2014, HP rebranded its Cloud OS as Helion.

OpenStack has supported running Big Data Hadoop workloads as part of the OpenStack Sahara project, which debuted in October 2014 with the OpenStack Juno release. MacGown said that Piston is not using any of the OpenStack services to do bare metal orchestration for Hadoop.

“We’re now giving organizations the option to deploy OpenStack or Hadoop and other Big Data applications, and, in a future update, containers too,” said Steve Bagby, Chief Operating Officer at Piston.

From a practical perspective, Piston’s clients have said that bare metal is the best way to deploy Hadoop, according to Bagby, and running it on a virtual machine in OpenStack Sahara is less than ideal. There has also been a challenge of having different silos within a data center.

“OpenStack is a silo that sits beside a Big Data silo,” Bagby said.

Bagby added that Piston had a customer situation where the customer was using virtual machines to run the layer of applications that run on top of a Big Data Hadoop map reduce farm.

The layer was powered by a deployment of 50 OpenStack server nodes. Next to that was a 300-server node of bare metal Hadoop map reduce.

“The customer begged us to make their Hadoop cluster work on OpenStack and quite frankly we just couldn’t make it work as efficiently as deploying it on bare metal,” Bagby said. “So we stepped back and thought all the stuff we have to do to deploy OpenStack, if we just do it directly for Hadoop frameworks, we can get it done more efficiently.”

From a visibility perspective, many vendors will offer the promise of a “single pane of glass” to manage all IT. Within OpenStack the Horizon dashboard attempts to help enable that promise to some degree. According to Bagby, though, the reality for most administrator is that they just want a “pane of glass” for each job they have to do.

“The philosophy we have is that administrators run Piston CloudOS until the point where they deploy the framework and once you get into that, then utilize the user interface built for the framework,” Bagby said. “So for OpenStack, Horizon is great, but the data scientist for Hadoop won’t be all that excited about Horizon because there is already a quite effective dashboard in Hadoop Yarn.”