The world of application container virtualization is relatively nascent, but it’s growing fast. Initially, Docker commanded much of the hype and attention, but this week in particular CoreOS has been grabbing headlines, thanks in part to its CoreOS Fest event. Now Intel is jumping into the fray, with a new server effort that backs a particular flavor of CoreOS’s container Linux approach. 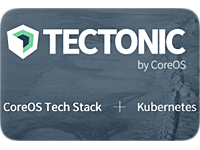 CoreOS today uses Docker in its Managed Linux offering, but the company is rapidly moving toward using its own Rocket container technology, which is a competitive alternative. On March 6, CoreOS announced its Tectonic effort, which pairs Google’s Kubernetes container orchestration technology with CoreOS’s container and operating system efforts.

During a keynote at the CoreOS Fest on May 4, Nick Weaver, director of SDI-X at Intel, announced that Intel would be working with Supermicro and Redapt to develop a pre-built Tectonic server rack.

“At the keynote, Intel gave us a glimpse of the future,” Alex Polvi, CEO of CoreOS, wrote in a blog post. “This is the beginning of a deep partnership to enable businesses to take advantage of containers, distributed systems, and the next generation of infrastructure.”

“To help Tectonic reach customers as quickly as possible, we are enabling the development of easy to order and consume appliances,” Donaldson stated. ” We expect that this work will lead to ready-to-ship, hyperscale cloud systems that coincide with the future GA release of the Tectonic suite.”

Intel has not yet however announced full specifications, pricing or the expected availability date for the new Intel Tectonic server platform.

Inside CoreOS Linux, Why Fleet and etcd Matter

CoreOS and the App Container Spec