Hyper-converged is the latest buzzword coined to describe the merging of cluster-based compute, networking and storage into a single box. At least that’s one specific implementation which fits the definition. 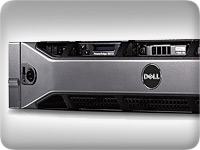 some type of storage area network (SAN) attached to a number of commodity servers and interconnected with high-end networking.

Dell is one of a number of vendors offering what is essentially a cluster in a box. The FX2 and PowerEdge FC630 combination packs four physical nodes into a single 2U rack mount space.

The FX2 platform provides a number of configuration options to meet specific usage scenarios. Nodes come in quarter, half and full-width sizes. We were provided with two half-width PowerEdge FC630 modules for our review in an FX2s chassis.

It is possible to mix and match different sized modules depending on the use case. In addition to the compute nodes Dell offers the half-width FD332 storage module, which has room for up to sixteen small form factor drives.

Storage options include two 2.5-inch drives or up to eight 1.8-inch SSDs. You can also configure the system with PowerEdge Express Flash NVMe PCIe SSDs for high-end disk speed requirements.

One of the key features of the hyper-converged concept is the use of internal networking to eliminate the need for an external switch and the requisite cabling. The LAN on Motherboard (LOM) network provides four connections per half-width compute sled.

Dell’s iDRAC management software shows up both at the chassis level in the Chassis Management Controller (CMC) and on each individual node. The CMC module plugs into the rear of the FX2 and provides two Ethernet connections plus a DB-9 serial connector. The second Ethernet port makes it possible to daisy chain multiple FX2 chassis together without the need for an external switch. 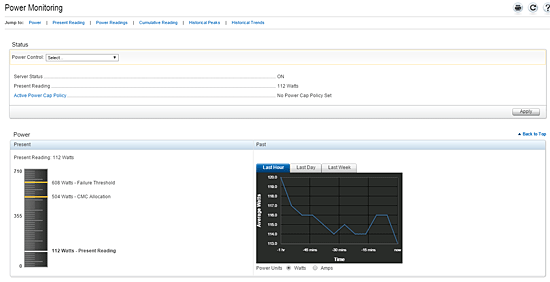 Figure 1 shows the Server Status page from the CMC for node 2. It provides convenient buttons to launch the iDRAC GUI for the module and the remote console app. Dell uses a Java-based terminal emulation app so you’ll need to have Java installed on the system you wish to use for this purpose.

Figure 2 shows the Power Monitoring screen with both a running graph showing Average Watts and an instantaneous power meter with the warning and failure levels clearly labeled. 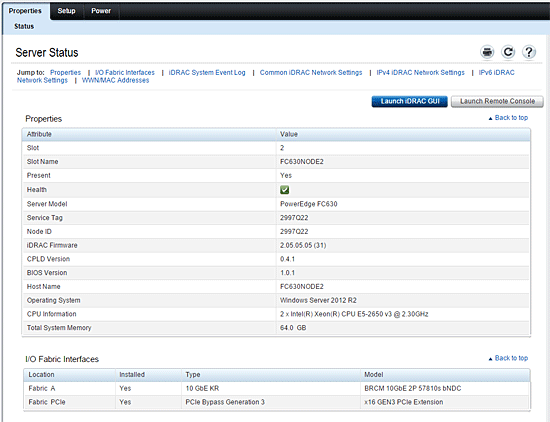 The front of the FX2 chassis has a VGA monitor connector should you need to manage the system up close and personal. A KVM button on the front panel cycles between the different nodes to allow direct connection to each system. You can not connect to the CMC through the front panel as it requires an IP connection.

The Dell FX2 platform presents one of the most compact multi-node offerings in their entire product line. With a wide range of options it’s possible to configure a system for most any potential use case. Dell also recently announced the FC830, which is a new four socket full-width node for compute-intensive workloads. This product is based on the newest Intel Xeon E5-4600 v3 processor with from four to eighteen cores per CPU.

The FX2 platform is truly a versatile building block capable of handling just about anything you want to throw at it. Prices for the FC630 start at $3189 for a system equipped with a single E5-2603 v3 and 4GB of memory.