BOSTON – One of the most popular sessions at any Red Hat Summit is the Red Hat Enterprise Linux Roadmap session, and the 2015 event held here is no exception. 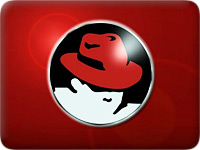 which includes technologies that improve server, networking and even desktop performance.

From an architecture perspective, Dumas noted that one of the things Red Hat is working on for RHEL 7.2 is High-Availability support for IBM Z-system mainframes, which is something that hasn’t existed in the past.

Red Hat is also working on full ARM support, which is now in a development preview with RHEL 7.1. Dumas commented that Red Hat’s Fedora community distribution has had ARM support for several years and it’s now time to bring that full support to RHEL.

From a process perspective, RHEL 7.2 will also debut with a new predictable cycle for software update errata. The plan is for a batch update for non-critical security updates on a regular cadence to help ease the patching process for enterprises. Dumas emphasized that if there are critical security updates, Red Hat will deliver them as fast as possible.

Looking specifically at RHEL 7.2, security is a prevailing theme in the upcoming Linux milestone with a number of new initiatives. OpenSCAP, the Security Content Automation Protocol that has been integrated into RHEL for several updates, gets an important new deployment option.

The plan is to enable enterprises to integrate SCAP profiles into the installation process. Dumas explained the integration will come by way of an Anaconda installer plugin that will enable an administrator to apply an SCAP profile on system installation.

Red Hat is also in the process of adding multiple certifications for RHEL 7.2, including common criteria, FIPS-104-2, USGv6 (for IPv6 networking) and the US Government Configuration Baseline (USGCB).

RHEL 7.2 will also bring live kernel patching to RHEL, which Dumas sees as a critical security measure. Using elements of the KPATCH technology that recently landed in the upstream Linux 4.0 kernel, RHEL users will be able to patch their running kernels dynamically.

Dumas is particularly excited about the performance gains that RHEL 7.2 introduces. In particular she noted that core networking patch performance is being accelerated by 35 percent for RHEL 7.2.

While RHEL is primarily a server platform, it also works well on desktops. With RHEL 7.2, Red Hat is refreshing the desktop with GNOME 3.14, which includes the GNOME software package manager and improvements to multi-monitor deployment capabilities.

Overall, Dumas said that while there is lots of interest in virtualization, cloud and containers, the core RHEL platform remains the base and it’s a base that will continue to evolve and improve.

Red Hat Looks to OpenShift Containers for the Future