The OpenStack cloud platform is one of the most active open source projects in the world, churning out two new major milestone releases every year.

In 2018, OpenStack Rocky was released on August 30th, and OpenStack Queens debuted on February 28th. Work is currently in progress for the development of the first release for 2019, dubbed OpenStack Stein. 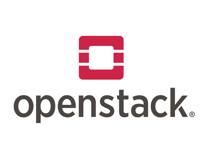 In a video interview with ServerWatch, Jonathan Bryce, Executive Director of the OpenStack Foundation, outlines some of the new an enhanced capabilities that will be coming in the OpenStack Stein release.

In the Queens release cycle, OpenStack started talking about the notion of “fast forward” upgrades, whereby OpenStack operators could skip a release instead of needing to upgrade to each consecutive release in order to stay current.

In terms of new things coming in OpenStack Stein, Bryce said he expects to see a lot of accelerator work. The accelerator work is being done in the core OpenStack Nova compute project as well as the OpenStack Cyborg project, which provides a framework for managing hardware and software acceleration resources. Acceleration resources span multiple hardware components, including GPUs, FPGAs, ASICS and other different processor types.

“The number of GPUs that are getting deployed inside data centers is really starting to grow right now,” Bryce said.

There is also the potential for new projects that could emerge during the OpenStack Stein release cycle. OpenStack features a collection of core projects, including Nova compute, Swift storage, Neutron networking, Keystone authentication and Horizon dashboard, but there are other projects as well that continue to expand the cloud platform’s capabilities

Bryce commented that during the OpenStack Rocky release cycle, several projects had their first release, including Cyborg for accelerators and Masakari for high-availability workloads. He noted that the core OpenStack project has a large scope and operators continue to get more deeply involved in the various components that comprise it. Bryce said Masakari was built by NTT to solve their own challenges and he expects other such efforts will continue to emerge.

Watch the full video interview with Jonathan Bryce below: