VMware is taking another full step toward embracing containers with a preview of vSphere Integrated Containers. The new container initiative comes alongside a long list of new and updated VMware efforts being announced today at the company’s VMworld conference in San Francisco. 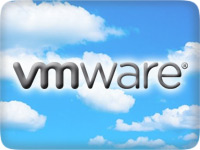 talking about over the course of the last year, including Project Bonneville, which was first announced in June. Project Bonneville is a deep integration of the Docker engine along with the VMware ESX hypervisor.

The basic idea behind the vSphere Integrated Containers offering is to enable VMware customers to make use of their existing VMware tools and processes to deploy, manage and secure application containers.

“Today, VMware is announcing foundational infrastructure that will enable customers to deploy cloud-native applications in production with confidence,” Ray O’Farrell, chief technology officer and chief development officer at VMware, said in a statement. “It’s all about choice. Customers will be able to jump start their container initiatives on top of their existing VMware vSphere environments or consume new infrastructure designed specifically for cloud-native applications.”

As part of the vSphere Integrated Container announcement, VMware is also set to demonstrate the latest evolution of the Photon Platform. Part of the evolution is the Photon Controller, which is being made available as an open-source technology that will serve as a control plane for Linux container-based deployments.

Additionally, VMware today announced the VMware Photon Machine, which in some respects is akin to the Docker Machine idea, which is a purpose-built platform optimized for container deployment. Photon Machine includes an ESX Microvisor that provides isolation and common elements from ESXi, and it integrates Photon Linux OS as the base operating system layer for containers.

VMware is also expanding its hardware enablement efforts with the announcement of EVO SDDC (Software-Defined Data Center), which is the new name for the EVO: RACK effort.

From a log management perspective, VMware is announcing its vRealize Operations 6.1 update, which provides a single framework for monitoring SDDC and the hybrid cloud. VMware is also updating its VMware Integrated OpenStack (VIO) to version 2, which is based on the latest OpenStack Kilo code release. VIO was first announced at the VMworld 2014 event and became generally available in February of this year.

VMware Doubles Down on Docker Integration