Perhaps the biggest news that emerged out of last year’s VMware’s VMworld event was the much hated pricing change for the company’s vSphere Virtualization server. It’s a controversial change that VMware’s new CEO, Pat Gelsinger, has moved quickly to address at VMworld 2012.

Taking the stage at VMworld for the first time as the new CEO, Gelsinger gave VMware users the news they have been waiting a year to hear – vRAM and RAM-based pricing is now dead.

With the VMware vSphere ESX 5.0 release in 2011, the company introduced RAM-based pricing that could have made virtualization significantly more expensive to deploy than ever before.

At VMworld 2012, Gelsinger asked the audience how many people liked the 2011 pricing changes – to which no hands were raised. Gelsinger then told the VMworld audience that his company is now striking the word vRAM from the virtualization dictionary.

“We’ve now made it simple and easy with no vRAM entitlement and no per VM pricing components,” Gelsinger said. “It’s all one easy model, per CPU, per socket and it’s easy to buy, install and use,” Gelsinger said. 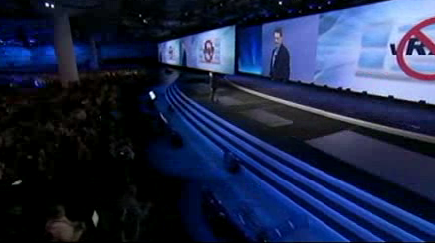 Aside from changing the vSphere pricing model, the new vSphere 5.1 update forms the basis of VMware’s overall vCloud Suite. As part of that update, VMware CTO Steve Herrod noted that vMotion, which is the ability to move virtual machines across servers and even data centers, has been enhanced.

In the past, vMotion required shared storage pools in order to work, but as part of the new vSphere 5.1 update that’s no longer the case. VMware is now introducing the concept of virtual volumes as a way to handle virtualization storage needs.

“Virtual volumes are a way to pair up the virtual machine with the storage array,” Herrod said. “As the world moves more to virtualization, infrastructure will become more aware of it and treat it as a first tier citizen.”

In that respect, the new VMware offerings will also take full advantage of Flash-based storage as well provide for better resource allocation. Virtual SAN storage is another component that Herrod mentioned as adding to the overall expansion of capabilities in VMware’s new releases.

While vSphere is focused on the core server infrastructure layer, Herrod stressed VMware’s 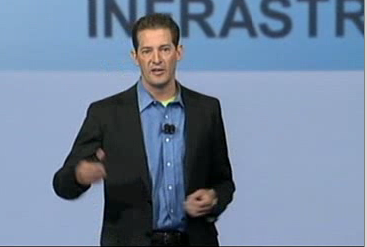 The latest release of the VMware vCloud suite is the lynchpin of the software-defined data center strategy. Herrod said that vCloud Director has now been improved to make it more efficient and easier to use with a complete management view of what is going on in a virtual environment.

A very critical part of VMware’s efforts moving forward will now focus on further improving the control and features of the software-defined data center. Pivotal to that strategy is VMware’s acquisition of software-defined networking vendor Nicira for $1.26 billion. Herrod remarked that the deal, which was announced in July, officially closed late Thursday and he teased the VMworld audience to wait to see what comes next as a result of the Nicira integration.