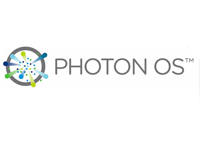 project reached its 1.0 milestone the following year in June 2016.

Though the Photon Platform is dead, Photon OS remains, and VMware is advancing it further with the 2.0 update. Photon OS can run on VMware infrastructure as well as public clouds, including Google Compute Engine (GCE) and Amazon Elastic Compute Cloud (EC2) and Microsoft Azure.

Among the new features in the Photon OS 2.0 milestone is the new Photon Management Daemon. The management tool provides an API-powered interface to help manage application packages, users and networking on Photon OS-powered containers. VMware has also improved security in Photon OS by supporting secure EFI boot and by configuring a secure kernel that follows the best practices of the Kernel Self-Protection Project (KSPP).

Another addition is native Kubernetes binaries developed to make it easier to rapidly build and deploy Kubernetes clusters that run on top of Photon OS.

“Just as in the 1.0 release, the ISO image of Photon OS contains everything you need to install either the minimal or full version,” Steve Hoenisch, Technical and Marketing Communications, VMware, wrote in a blog post. “The minimal version is a lightweight host tailored to running containers when performance is paramount. The full version of Photon OS includes additional packages to help deploy containerized applications.”