Server certifications matter a whole lot to a large number of enterprises and data centers. The current leading edge of servers are powered by Intel’s Xeon E5 processor, which was released a year ago and is supported by leading vendors including Cisco, IBM, HP and Dell.

When the Intel Xeon E5 first debuted, both HP and Dell revealed that their respective servers would be certified for Red Hat and SUSE Linux. Canonical, the lead sponsor behind Ubuntu Linux, indicated at the time that it too would be certified with major server vendors on the Xeon E5 as well.

This week Canonical announced that Ubuntu 12.04 has now been certified across the latest generation of Dell 12G servers powered by the Intel Xeon E5.

The Ubuntu 12.04 release debuted in April of 2012 as a Long Term Support (LTS) Linux distribution. A core focus for Ubuntu 12.04 is the cloud and in particular the open source OpenStack platform.

“By some measures Ubuntu 12.04 LTS was the first LTS release of Ubuntu Server that began replacing many of the workloads run by traditional, s 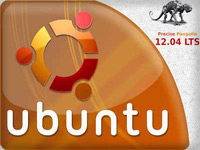 “Certainly our supported users started demanding that ‘Certified’ solutions were more than a one-way support statement and wanted to know that a commercially Certified Ubuntu Server was jointly supported,” Duffy continued.

Duffey added that with the release of 12.04 LTS, Canonical certified select Dell PowerEdge-C series server that were aligned with Canonical’s target market of Cloud Infrastructure. The PowerEdge-C system is the basis for the Dell OpenStack reference architecture.

“As Ubuntu Server’s adoption and cloud deployments continue to grow we see a wider range PowerEdge servers going into scale-out deployments and a wider range of use cases for Ubuntu Server,” Duffey said. “While Dell and Canonical already recognized the significant number of joint Ubuntu Server deployments and opportunities last year, this allows us to accelerate capturing that market by working together officially and aligning internally with engineering (on-site resources and improving PowerEdge features), support (agreements and processes), and sales.”

As part of the partnership with Dell, Duffey noted that it will be possible for Dell’s sales channel to sell a PowerEdge 12G together with Ubuntu Advantage.

“For very large customers the Dell sales teams will also likely be able to offer a pre-loaded version of Ubuntu if you ask, but that will not be the default,” Duffey said. “What we know is that most server buyers are quick to re-image a server through a corporate approved and standardized system deployment tool.”

Duffey added that both Dell and Canonical have recommended tools for deploying OpenStack on bare-metal.

From a pricing perspective, Duffey said that the there is no difference to the customer whether buying directly from Canonical or Dell.

“One advantage of buying Ubuntu Advantage from Dell is Dell has the ability to update their internal tools to show when Ubuntu Advantage was purchased with a server, and Dell ProSupport will know quickly if they can escalate directly to Canonical Ubuntu Advantage support,” Duffey said.

In Duffey’s view, both sales teams benefit as Dell can now sell (hardware and/or Ubuntu Advantage) to existing and other “Ubuntu Server” shops, and Canonical sales teams are able to jointly engage and recommend Dell server hardware.

Duffey noted that the LTS release of Ubuntu Server is the only version that will be automatically listed and posted as Certified by Dell.

“Just because a server model or Ubuntu version is not listed as Certified does not mean it is not supported (but the reverse should be assumed),” Duffey said. “We highlight 12.04 LTS because that is what is in largest demand and what we recommend running, but if a customer has a specific need to run 12.10 that is not addressed by the 12.04.2 release or the Cloud Archive, they can contact Canonical and Dell for a specific support statement.”

Sean Michael Kerner is a senior editor at InternetNews.com, the news service of the IT Business Edge Network,  the network for technology professionals Follow him on Twitter @TechJournalist.