Gartner has found signs that server virtualization, a once game-changing technology, is reaching its peak.

In a new forecast, the analyst firm predicted that the worldwide x86 server virtualization software market will hit $5.6 billion this year, a 5.7 percent gain compared to 2015. This seemingly good news comes with a caveat, however. 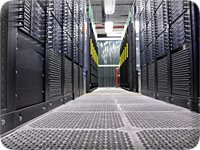 Growth in the virtualization market is being driven by spending on recurring maintenance. Meanwhile, since the first time the technology went mainstream over a decade ago, spending on new software licenses has declined.

In short, the virtualization software market is rapidly reaching its peak, concluded Gartner.

“The market has matured rapidly over the last few years, with many organizations having server virtualization rates that exceed 75 percent, illustrating the high level of penetration,” Gartner research director Michael Warrilow said in a statement. What’s more, virtualization software vendors now have to contend with newer technologies.

Server virtualization is still the workload management solution of choice for on-premises data centers, but the cloud and the increasing popularity of application container platforms like Docker are putting up a good fight.

Hyperconverged integrated systems and the emergence of solutions that bring enterprises a step closer to the software-defined data center are also having an impact on the virtualization market. “What was considered as the best approach to greater infrastructure agility only a few years ago, is becoming challenged by an array of newer infrastructure choices,” Warrilow added.

After driving up demand for virtualization software in the name of resource optimization, data center operators are pulling back in the face of new options. By 2017, more than twenty percent of organizations expect to have less than a third of their server operating systems virtualized — twice the amount for 2015 — according to Gartner.

Unsurprisingly, VMware remains the virtualization vendor to beat. Microsoft is keeping things interesting, rising “as a mainstream contender for enterprise use,” Gartner said. Citrix, Oracle and Red Hat are niche players, while the Chinese market is experiencing an “explosion” of local options, the IT research firm noted.