For the last 25 years, Linux has been the cornerstone of Red Hat’s business. In the fourth quarter of Red Hat’s fiscal 2018, it was the company’s OpenShift container platform, based on Kubernetes, that accounted for the company’s largest deals. 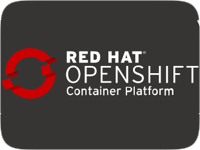 Looking forward, Red Hat provided full year fiscal 2019 guidance for revenue to be in the range of of $3.425 billion to $3.460 billion, up approximately 19 percent.

OpenShift is not growing at the expense of Red Hat’s other technologies, either. Red Hat CFO Eric Shander said during the earnings call that high-growth is coming from OpenShift, Ansible and OpenStack technologies.

“The higher growth rates in these emerging technologies were partially offset by a slight moderation in the growth in our middleware offerings as some customers begin to shift their workloads from traditional physical deployments to container environments, where they would run middleware as a service within the OpenShift environment,” Shander said. “We believe these initial efforts to use middleware as a service will increase over time as customers shift more applications to container environments, benefiting our middleware results over the long run.”

During the earnings call, Whitehurst was asked how Red Hat’s OpenShift business compares with rivals, including both Pivotal and Docker Inc.

Pivotal’s core platform is based on CloudFoundry, though the company has recently also provided limited Kubernetes capabilities as well.

OpenShift makes use of Docker-based containers today and manages them with the Kubernetes container orchestration platform. Docker Inc provides a commercially supported Enterprise edition that provides organizations with a variety of capabilities.

“Docker is doing different things; it has now adopted Kubernetes as its approach to orchestrating Docker containers,” Whitehurst said. “We certainly also orchestrate the Docker-formatted containers, but I think we’re more open to other types of container formats.”

According to Whitehurst, Red Hat doesn’t see Docker Inc in many of the deals it is involved in.

“I think they’re (Docker Inc) a little more developer focused at this point,” Whitehurst said. “So I feel really good about our position across a container platform, and obviously our position in Kubernetes has put us I think in a far lead over anyone else.”