RHEL 7.5 first appeared in Beta on Jan. 24, showing a preview of the features that are now stable. Among the new capabilities in RHEL 7.5 is support for Network Bound Disk Encrypted (NBDE) devices as well as new 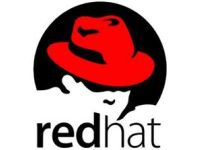 Among the other improvements in RHEL 7.5 are enhancements to the cockpit administrator.

“Cockpit provides a simplified web interface to help eliminate many of the complexities around Linux system administration, which makes it easier for new administrators, or administrators moving over from non-Linux systems, to better understand the health and status of their operations,” Steve Almy, principal product manager, Red Hat Enterprise Linux, Red Hat, told ServerWatch.

The virtual data optimizer (VDO) technology provides data de-duplication and compression capabilities. The VDO technology comes to Red Hat via the acquisition of Permabit back in July 2017.

Additionally, Almy said the Identity Management (IdM) Server now performs better in indirect integration with Microsoft’s Active Directory when there are many clients retrieving information about an Active Directory user.

Containers are a core focus for Red Hat overall, and with RHEL 7.5 Red Hat is now providing support for its new Buildah container building tool. Almy explained that Buildah is a daemon-less tool for building and modifying OCI/Docker images.

Buildah is a project that is under active development and has not yet reached its own 1.0 milestone, though Red Hat is committed to supporting it.

“We are supporting the current Buildah features included in Red hat Enterprise Linux 7.5 in the same way that we would support any other Red Hat Enterprise Linux feature,” Almy said. “This gives customers a supported path forward to optimize container images and retain fine-grained control over image layers, content, and commits without having to deploy a full container runtime or daemon on systems that weren’t intended to do so.”