Rackspace is now among the multiple vendors offering managed Kubernetes-as-a-service, but it isn’t the first time Rackspace has tried to enable a containers-as-a-service (CaaS) model.

Multiple cloud providers such as Amazon, Google and Microsoft already offer some form of Kubernetes services, with varying degree of configuration and support capabilities. Kubernetes has become increasingly popular in recent years as a way to enable application container workloads across 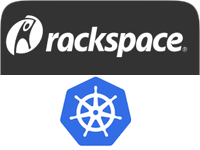 “With Kubernetes-as-a-Service, we are providing the industry’s simplest Kubernetes consumption model by delivering it fully configured, tested and validated at enterprise scale with the managed cluster services customers need to effectively run their applications,” Scott Crenshaw, executive vice president of private clouds at Rackspace, stated.

While the Kubernetes-as-a-Service platform at Rackspace is new, the idea of working with Kubernetes to enable a managed containers-as-a-service delivery model is not. Rackspace was among the first cloud platform to attempt to deliver a service that enables organizations to manage containers as a service, with its Carina service that was announced in 2015 at the OpenStack Tokyo Summit.

The early promise of Carina was that it was leveraged Rackspace’s OpenStack expertise and leadership, particularly in the OpenStack Magnum project. Magnum is a project that originally was tasked with enabling organizations to run Kubernetes as a Service, on top of OpenStack. The Magnum project was originally led and created by Rackspace.

Crenshaw told ServerWatch that the Carina offering was withdrawn from the market over a year ago.

“Carina was a free offering, with no SLA, released three years ago to give us experience running container environments at cloud scale,” Crenshaw explained. “It gave us unique operational experience, learning how to deliver reliable and efficient container services.” While the Carina service is gone, the lessons learned from it have helped to form what Rackspace’s new service is all about.

“We’ve taken that experience — technology, processes and people — and used it to build the enterprise-class Kubernetes-as-a-Service we announced,” he said.