Pano Logic has spent the last few years building a business around virtual desktop infrastructure (VDI) delivery. This week, the company took another step forward with a VDI approach that leverages Google’s Chrome browser as its base.

Dana Loof, executive VP at Pano Logic, explained to InternetNews that Pano’s system for the cloud is focused on Web-only desktop computing. In the model, there is one device that gets a server-delivered image of Google Chrome.

Loof added that the approach eliminates the need for desktop bloat and reduces server infrastructure costs. 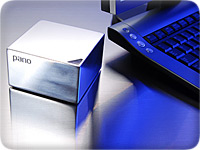 Having a small device based on Chrome is not a new idea — Google itself has Chromebook and Chromebox hardware. The difference between what Google offers and what Pano Logic is doing comes at multiple levels. With a ChromeBook, there is still an operating system on the device as well as the Chrome browser itself.

In the Pano Logic model, there is a zero-client device that boots Chrome remotely from the Pano Logic cloud chrome instance. As such, the server administrator sets up all the Chrome instances. This enables more control and security as all the data, patches and updates can be centrally managed and operated on the server.

As opposed to simply installing Chrome on a user’s desktop, Loof explained that again, manageability is the key difference with the Pano Logic solution.

“If you had 50 old PCs, one option would be to just install Chrome, but then you’d still have 50 PCs that you have to physically manage,” Loof said. “Instead, with us, you buy a server and that server supports 200 users and then the single server will run the 50 instances centrally.”

The Pano for the Cloud solution is built on top of the Ubuntu 10.04 Linux operating system. Ubuntu recently updated its flagship operating system to v12.04 earlier this year, but Pano Logic has decided to stick with the 10.04 release, which is now two years old.

Pano Logic CTO and co-founder Aly Orady explained that his company’s offering is an appliance, so no one should be overly concerned with what the operating system is. That said, Orady stressed that Pano Logic is using the server version of Ubuntu 10.04 with a 5-year support span and not the desktop version — this is the big difference.

“There are a lot of great features with the desktop version, but it is not yet supported with Canonical’s 5-year support, and that’s not the version we’re using because everything is at the server, so we are using the server version,” Orady said.

The Pano for the Cloud offering is another choice in the Pano Logic portfolio of zero-client solutions. Earlier this year the company launched its Pano Logic 6 offering, which enables old PCs to be used as VDI end points.