Oracle Linux 7 Update 4 is based on the Red Hat Enterprise Linux 7.4 release that first debuted on August 1. 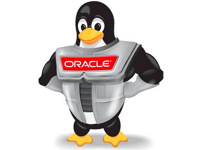 Oracle has been building its own Linux distribution based on Red Hat Enterprise Linux since October 2006.

A key difference between Oracle Linux and Red Hat Enterprise Linux however is in the Linux kernel. Oracle Linux has long offered a Red Hat-Compatible Kernel as well as its own Unbreakable Enterprise Kernel for Oracle Linux (UEK). The UEK is optimized for Oracle application deployment, including Oracle’s enterprise database.

Oracle has also continued to expand its support for the next generation Btrfs filesystem as part of Oracle Linux 7 Update 4.

“Btrfs is the ideal filesystem for supporting containers in the cloud,” Scott Lynn, Product Strategy Director for Oracle Linux, wrote in a blog post. “We continue to support and enhance Btrfs in Oracle Linux 7 with Unbreakable Enterprise Kernel Release 4 allowing you to continue to use Btrfs for your container cloud deployments.”