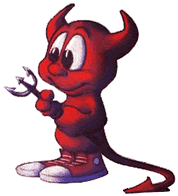 when FreeBSD 9.0 was officially released.The FreeBSD Project is one of the earliest open source operating system projects, and is a direct descendent of the original open source BSD work performed at the University of California at Berkeley.

Among the new virtualization capabilities debuting in FreeBSD 10 is the new BSD Hypervisor called “byhyve,” which is an alternative to the open-source Xen and KVM hypervisors that are popular with Linux users.

“bhyve is an experimental hypervisor that runs guest operating systems inside a virtual machine, the FreeBSD project page for byhve explains. “Parameters such as the number of virtual CPUs, amount of guest memory and I/O connectivity can be specified with command-line parameters.”

While FreeBSD has its own hypervisor, support has now been extended to support Microsoft’s Hyper-V virtualization technology as well. The FreeBSD Project does have some limited support for Hyper-V for older releases with a porting system.

“Starting with FreeBSD 10.0, most Hyper-V integration services will be installed as part of creating a FreeBSD virtual machine on Hyper-V and no separate ports will be required,” the FreeBSD project page on Hyper-V states.

ZFS, a filesystem that has its roots with the Solaris Unix operating system, is now also getting a boost in FreeBSD 10. Experimental support for ZFS first landed in FreeBSD 7.0 back in in 2008, and it became fully supported with the 2009 release of FreeBSD 8.0.

With FreeBSD 10 the bsdinstall system now enables users to utilize ZFS for the root file system of a server and includes all the requisite configuration information through a robust menu system.

FreeBSD 10 also includes support for the LZ4 compression algorithm as well as L2ARC compression, both of which aim to improve performance and overall storage efficiency.

“The zio nop-write improvement from Illumos was imported into FreeBSD,” the FreeBSD 10 release notes state. “To reduce I/O, nop-write skips overwriting data if the checksum (cryptographically secure) of new data matches the checksum of existing data. It also saves space if snapshots are in use.”