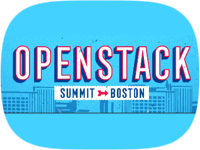 Pete Chadwick, director of product management at SUSE, said a requirement from users has been the ability to add storage to an existing Cinder volume without needing to shut down a virtual machine.

“We think this is a huge usability improvement,” Chadwick said.

Shamail Tahir, director of product management at Athena Health, said there has been a concerted effort to archive older documentation on docs.openstack.org. Tahir noted many users are not running the latest OpenStack release, which is why it is increasingly important to have all of the older documentation.

“This enables a bare-metal server to plug into an existing Neutron networking framework so you can have a consistent networking model with virtual machines,” Chadwick said.

The OpenStack Keystone identity service is set to benefit from new unified limit support for better quota usability across other OpenStack services.

“When you’re at a large scale, quota management becomes difficult because each project implements its own view of what the quota data is,” Tahir said.

What is now happening for OpenStack Pike is that the Keystone team has now built a unified limits support system that bring in all the quota limit controls in Keystone.

6. Support for Multiple Cells in Nova

Tahir explained that in Nova there is the notion of Cells, which is a mechanism to help provide increased scale. He added that in the OpenStack Ocata release, there was no way to provide multiple cells as Nova only supported single Cell deployments.

“Now in the Pike release the model has been scaled so you can take advantage of multiple cells,” Tahir said.

Chadwick explained that as Swift usage grows within a given OpenStack deployment, over time the data storage gets to be very large. With the new sharing capabilities, some of the data that is stored in one container can be split across multiple containers.