The open source OpenStack project provides a powerful software platform for cloud infrastructure as a service (IaaS) deployment. But what about hardware?

That’s a question startup Nebula is aiming to answer with its OpenStack server cloud controller platform that will combine server hardware and software.

Nebula is led by CEO Chris Kemp, who formerly was the CTO of NASA and leader of the team responsible for building the Nova compute project that is at the core of OpenStack. Kemp left NASA two years ago to found Nebula, which has been working toward making OpenStack more consumable by enterprises.

“We have worked very hard to create a product that captures the simplicity of a consumer electronics device but delivers it as an enterprise appliance,” Kemp said.

That enterprise appliance enables organizations to take many racks of inexpensive servers and allows them to be used just like a public cloud infrastructure without any up-front install, engineering or operational overhead. So instead of requiring organizations to figure out how to get OpenStack running on their own, Nebula is aiming to deliver a turnkey experience.

Getting a private cloud running in a production-grade enterprise environment is about more than just OpenStack. Kemp noted that Nebula leverages more than 50 open source technologies to enable the private cloud in a usable way. 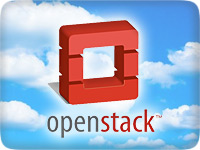 From a scale-out perspective, the Nebula appliance enables enterprises to add capacity as required. Kemp explained that if an enterprise tried to install OpenStack on their own, they would need to make some hardware decisions up front to ensure they had the proper capacity for scale. Nebula takes a different approach.

Kemp added that the Nebula system enables OpenStack to scale on a rack-by-rack basis as an enterprise expands its cloud. In his view, creating a highly available cloud requires five or more server racks. All services are load balanced across the racks, so the more racks in a deployment the more reliability that is present in the system.

The Nebula product is currently in a closed beta and is not publicly available. Kemp explained that systems began shipping to the private beta users in March of this year. Current beta users include research institutions, financial services and biotech firms.

“The feedback is going directly back into the product and into OpenStack,” Kemp said. “Nebula is one of the top contributors to OpenStack.”

The need to contribute back to the core OpenStack project is important in Kemp’s view. He noted that if companies that are developing products or services based on OpenStack contribute to the platform, there will be a better reflection of the needs and requirements of users in the technology.

Kemp also warned that when companies don’t contribute back, that hurts the OpenStack project.

“To the extent that people hold back, we’ll see entire use-cases and classes of applications not represented in the core, which will skew the trajectory of the overall open source project,” Kemp said.