There is a lot of activity and investment in the U.S supercomputer space now. After years of falling behind China for supercomputer superiority, the U.S is now storming back. 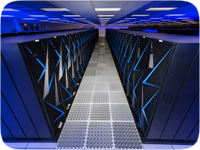 The Sierra system is built with the same basic design as the IBM Summit system, which became the world’s most powerful supercomputer in June. Summit is a 200 petaflop system, while the newly dedicated Sierra currently tops out at 125 petaflops.

Sierra is a massive system spread out across 7,000 square feet of data center space. The system has 240 computing racks and 4,320 nodes.

“IBM’s decades-long partnership with LLNL has allowed us to build Sierra from the ground up with the unique design and architecture needed for applying AI to massive data sets,” John Kelly, senior vice president, Cognitive Solutions and IBM Research, wrote in a statement. “The tremendous insights researchers are seeing will only accelerate high-performance computing for research and business.”

The new Shasta system at NERSC has been named “Perlmutter” in honor of Berkeley Lab’s Nobel Prize winning astrophysicist Saul Perlmutter. The Perlmutter system is set to be deployed in 2020. 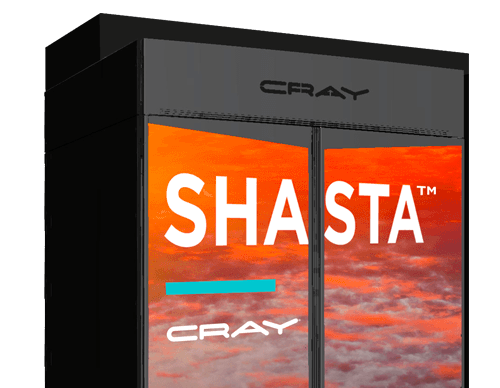 The Department of Agency noted in a release that it is paying $146 million for the Perlmutter system, including a contract for multiple years of service and support.

“I’m delighted to hear that the next supercomputer will be especially capable of handling large and complex data analysis, so it’s a great honor to learn that this system will be called Perlmutter,” Dr. Perlmutter wrote in a statement.

“Though I also realize I feel some trepidation since we all know what it’s like to be frustrated with our computers, and I hope no one will hold it against me after a day wrestling with a tough data set and a long computer queue! I have at least been assured that no one will have to type my ten-character last name to log in,” Perlmutter continued.

The Cray Shasta system that is being built for the Perlmutter deployment is a new system from Cray in which organizations can choose to use multiple processor types, including x86, Arm and GPUs.

“Shasta will usher in a new era of supercomputing and represents a true game-changer at a time when artificial intelligence and analytics are being brought to bear on increasingly large and complex problems, including classic HPC modeling and simulation challenges, across an ever-broadening set of companies and industries,” said Peter Ungaro, President and CEO of Cray.