Linux servers have become pervasive across the data center landscape. It’s a reality HP is now embracing with an expansion of its Serviceguard business continuity and disaster recovery capabilities.

Serviceguard has long been available on HP’s HP-UX UNIX offerings and is now making the leap to Linux. At its core, Serviceguard is clustering software for high availability (HA) and disaster recovery. It’s a software solution that HP supports with professional services.

O’Neill noted that HP’s strategy is about bringing the expertise and innovations that have been developed to support HP-UX to help Linux. Serviceguard for Linux is an example of that strategy. 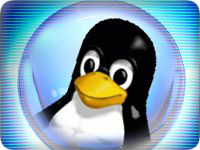 Aravindan Gopalakrishnan, Senior Product Manager, Business Critical Systems at HP, explained to ServerWatch that with the Live Application Detach feature, server maintenance can be done while keeping the application up and running.

Gopalakrishnan also noted that server and application processes are protected by Serviceguard, which enables a process to be detached from the clustering software and then be re-attached.

“The differences arise from the operating systems themselves, due to differences in some of the underlying commands,” Gopalakrishnan explained.