Kubernetes startup vendor Heptio announced the launch of its latest open-source project on Oct. 31, with the debut of the Contour project.

“Contour is an Ingress controller for Kubernetes that works by deploying the Envoy proxy as a reverse proxy and load balancer,” the Contour GitHub project page states. “Unlike other Ingress controllers, Contour 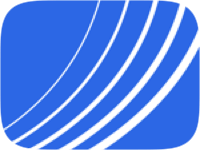 supports dynamic configuration updates out of the box while maintaining a lightweight profile.”

Envoy is an edge and service proxy that aims to make the network transparent to applications.

“Envoy runs alongside every application and abstracts the network by providing common features in a platform-agnostic manner,” the Envoy project abstract states. “When all service traffic in an infrastructure flows via an Envoy mesh, it becomes easy to visualize problem areas via consistent observability, tune overall performance, and add substrate features in a single place.”

Getting Envoy to Work in Kubernetes Environments a Challenge

While getting Envoy to work in a Kubernetes environment has been possible, it hasn’t been easy. Heptio CEO and co-founder Craig McLuckie noted in a blog post that one of the most critical needs in running web-centric workloads at scale with Kubernetes is efficient and smooth traffic ingress management at the Layer 7 (application) level.

“We have worked with the Envoy team to ensure implementation is clean, so that Kubernetes users will be able to benefit from the innovation and richness of this platform,” McLuckie wrote.

The Contour project is now the fourth open-source Kubernetes-related project launched by Heptio since the company was created in November 2016. In May 2017, Heptio started the Ksonnet project in an effort to make Kubernetes easier to configure. In August 2017, Heptio launched the Ark Recovery and Sonobuoy diagnostics project for Kubernetes.

Helping to fuel Heptio’s effort is $33.5 million in funding, including a $25 million Series B round that closed in September.