What’s next for Fedora Linux is the Fedora 21 release, which arrives today after a longer than expected wait.

Fedora 21 is the product of a new effort known as Fedora Next that aims to reshape and rethink how the community Linux distribution is built and deployed. 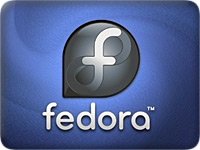 With Fedora 21, instead of a single monolithic release, there are now three primary releases of Fedora, each targeting specific deployment use-cases. The three Fedora 21 releases are called Workstation, Cloud and Server.

The Fedora 21 release has been somewhat delayed and is the first new Fedora release since Fedora 20 in 2013. Fedora Project Leader Matthew Miller explained to ServerWatch that originally the new Fedora Next approach was set to add a three month delay to the release.

He admitted that the release cycle did take longer than originally anticipated but there were a number or reasons that make the wait all worthwhile.

Miller was one of the primary visionaries behind the Fedora Next initiative, which was first discussed back in August of 2013. The Fedora 21 release is also the first where Miller is the Fedora Project Leader. Miller succeeded former project leader Robyn Bergeron in June of this year.

One of the things that added to the release timing for Fedora 21 was an emphasis on building out new tooling for Fedora to help build and test the distribution itself. The improved quality assurance tooling will likely have benefits for many future Fedora releases to come as a result.

For Fedora 21 Server, there are a number of specific improvements and additions that server administrators will immediately benefit from. Miller said that for the most part, prior to the Fedora 21 release, Fedora didn’t really have a clear focus on server deployment, but that has now changed.

One of the Fedora 21 Server additions is the Rolekit tool, which enables server administrators to specify server roles. Rolekit leverages the existing open-source freeIPA identity and authentication application to provide secure access.

“With Rolekit, the Fedora Server Special Interest Group (SIG) will work to curate different roles, going a step beyond just packaging, to integrating and having best practices built-in for server deployments,” Miller said.

The other big new tool for server users in Fedora 21 is the cockpit server management application. Miller explained that cockpit is a new effort and is meant to provide a smaller scale solution than the open-source Spacewalk server management effort that Red Hat helped to start.

Cloud Debuts with Base and Container-Optimized Versions

For the Fedora 21 Cloud product, there are actually two versions, including a base version and a container optimized version.

“The Fedora Cloud is focused on the cloud guest,” Miller said. “It’s basically focused on what you would run on a cloud provider; it’s not for setting up your own on-premises cloud.”

Miller noted that Fedora Cloud can, for example, run well in an RDO deployment. RDO is Red Hat’s community distribution project for OpenStack. RDO itself runs on top of the Red Hat community CentOS Linux distribution and not Fedora.

The other Fedora Cloud version is known as Atomic and has been optimized for Docker container deployment. Fedora Cloud Atomic also includes a new deployment technology, the RPM-OSTree. Miller explained that RPM-OSTree is like using Git but for a full operating system.

“You go from one snapshot to the next as a whole rather than updating individual packages,” Miller said.”

Looking forward, the plan is to get Fedora releases back on a traditional May and October release cycle for 2015.