Canonical, the lead commercial sponsor behind the Ubuntu Linux operating system, is headed to China.

Canonical is partnering with an agency within the Chinese Ministry of Industry and Information Technology (MII) to build a reference architecture for Chinese operating systems. As part of the effort, Canonical is also joining with the National University of Defense Technology (NUDT) in Beijing, China, in a new CCN Open Source Innovation Joint Lab.

The first deliverable in the effort is a new version of Ubuntu Linux that is being tailored to the specific needs of users in China. The new version will be called Ubuntu Kylin and is set to debut in the coming weeks alongside the Ubuntu 13.04 release in April.

Among the China-specific features that Ubuntu Kylin will include are language localization as well as Chinese input methods and calendars. From a desktop services perspective, Ubuntu Kylin will eventually support integration with Chinese web services such as Baidu and Taobao. 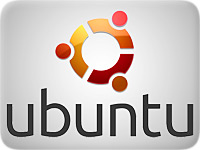 “This partnership is the result of many months of conversation that came about from Canonical’s existing presence in China,” Canonical CEO, Jane Silber told ServerWatch. “ We have a sizable team in the country, work with leading OEMs to pre-install and sell Ubuntu in retail markets, have growing enterprise use including at several government organisations, and have strong Chinese community interest in Ubuntu.”

The opportunity for Ubuntu in China is large, though it’s not yet clear precisely how much potential revenue it might translate into for Canonical.

“Certainly we believe the opportunity is significant, not just on desktop but in the mobile and cloud space as well,” Silber said.

Canonical’s efforts in China are not a first for Linux.

In 2004, the OSDL, which is the precursor to the modern Linux Foundation, formally established a presence for Linux in China. At the time, TurboLinux dominated the Chinese Linux landscape with large deployments including the national railway system.

Other big efforts to grow Linux in China have included the Oracle-backed Asianux, which recently folded.

Linux has also been pushed in China by Microsoft as part of its deal with Novell SUSE in 2008.

Canonical is not new to China either. Silber noted that her company hired its first employee in China in 2006.

“There are some challenges in this collaboration that go beyond multi-cultural business sensitivities,” Silber said. “Some of these are on the surface, but expose interesting questions around best practices.”

As an example, Silber noted that it’s important to Canonical that development of Ubuntu Kylin take place openly, in the Ubuntu community. She added that, Kylin engineers attended the Ubuntu Developer Summit in Copenhagen at the end of last year, and have been writing blueprints and code in accordance with standard Ubuntu practices.

“While many open source projects have global contribution, participation tends to be concentrated in one or two regions,” Silber said. “This collaboration reinforces the need to ensure that our practices and openness expand beyond American and European timezones and languages. We have some work to do in this area, but are looking forward to the expanded participation in Ubuntu.”

Sean Michael Kerner is a senior editor at InternetNews.com, the news service of the IT Business Edge Network,  the network for technology professionals Follow him on Twitter @TechJournalist.