Over its long history, the Apache HTTP Server Project (commonly referred to as just Apache) has dominated the web server market, and even now in 2018 it continues to hold the top spot according to a number of different measures.

The most recent release of Apache is version 2.4.37, which became generally available on Oct. 23, providing a series of updates that will likely help the open source project continue to hold its top spot. 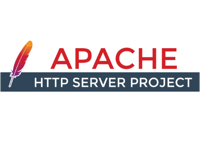 “More than four thousand people have contributed directly to the project during its lifetime, and one dare say many more will contribute, as we continue a steady pace at the very forefront of Web server software engineering,” Gruno continued.

Among the new features that have landed in Apache HTTP Server 2.4.37 is full support for the Transport Layer Security (TLS) 1.3 specification. TLS 1.3 is the latest evolution of the SSL/TLS specification that encrypts data in motion across the internet. TLS 1.3 was approved as a formal IETF (Internet Engineering Task Force) standard in March.

Additional enhancements in the 2.4.37 update provide improved speed and upgraded efficiency for the web server.

“Keeping pace with the major browsers and servers, this release is another step in our collective journey to a more secure Internet,” Daniel Ruggeri, Apache HTTP Server committer and v2.4.37 Release Manager, wrote in a statement. “We are in an exciting time in the Web technology space, and are proud to keep a great server on top of its game.”

In the past, Apache had maintained multiple branches of the web server, but that’s no longer the case in 2018. The Apache 2.2.x series hit its end of life stage in 2017 and is no longer actively maintained.

In recent years, Apache has come under increasing competitive pressure from rivals, most notably the nginx web server.