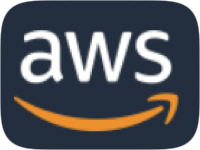 The R5 instances are all about memory, and are powered by customized Intel Xeon Platinum 8000 series processors running at up to 3.1 GHz.

The entry-level R5 instance has 2 vCPUs and 16 GB of RAM. The top-end R5 instance offers a staggering amount of power, with 96 vCPUs and 768 GB of memory.

EC2 instances have long had a limitation in that they can only run in AWS. Now, however, AWS is enabling EC2 instance to also run on the company’s AWS Snowball Edge devices

“These ruggedized devices, with 100 TB of local storage, can be used to collect and process data in hostile environments with limited or non-existent Internet connections before shipping the processed data back to AWS for storage, aggregation, and detailed analysis,” Jeff Barr, Chief Evangelist for AWS, wrote in a blog post.

“Each Snowball Edge device is powered by an Intel Xeon D processor running at 1.8 GHz, and supports any combination of instances that consume up to 24 vCPUs and 32 GiB of memory,” Barr continued.