For those expecting radical changes with the arrival of Windows Server 2012 R2, we have to say, sorry, you’re simply not going to get that. Instead, Windows Server 2012 R2 introduces lots of small changes in some key areas, which all together add up to make the server OS update an even more robust and scalable operating system.

Discussing the full list of new features would take an article much bigger than this, so we have chosen to concentrate on two main areas: the changes to Hyper-V and the updates that make the server OS suitable for creating and managing BYOD (bring your own device) policies, often described as the consumerization of IT. 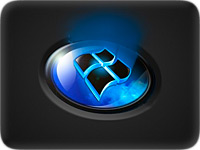 As an MCT I am constantly informed on courses that VMware is the much better Virtualization technology in comparison to Hyper-V. With the release of Server 2012, however, Microsoft closed the gap on VMware to within an inch. And now with the release of Windows Server 2012 R2, I believe Microsoft has not only closed the gap, but has left VMware behind.

There’s good news if you’re looking to cluster guest operating systems, as R2 now allows you to share Microsoft’s VHDX virtual hard disk format files as storage for your clustered applications. In previous versions, guest OS clustering required your storage method to be exposed to the guest OS, so if the shared storage was on an iSCSI target, then the iSCSI initiators on each guest OS needed to be aware of and connected to the same target. With R2, the guest OS connects to the VHDX without needing the storage method to be defined.

Additionally, R2 now makes it possible to re-size a VHDX file that is attached to a SCSI disk, all while the virtual machine running it remains online.

Storage quality of service on VHDs

Virtual machine export on the fly

Previous versions of Server 2012 required administrators to power-down the VM when exporting a virtual machine, which always required unwanted downtime. Hyper-V has been updated in the Windows Server R2 release to support the exporting of virtual machines or their check points while the virtual machine is still running.

Hyper-V has been enhanced to detect and deal with network connectivity failures such as faulty switch ports, or faulty network adaptors. In R2, when a Failover Cluster detects a problem in a particular node, another node in the cluster will automatically start to provide the service, and the nodes are continuously monitored to verify that they are working properly. If they are not working, they restart or move the service to another node.

Additionally, Hyper-V can also monitor unmanaged storage used by the clustered virtual machines, so if a VM loses access to an unmanaged drive the Cluster Shared Volume (CSV) functionality fails over to provide a consistent, distributed namespace for the nodes to access the shared storage.

With Hyper-V Replica — first introduced in Widows Server 2012 — administrators could create an offline copy of a virtual machine on a 2nd Hyper-V server, and if that first server failed, the replica could be brought online, restoring services.

With the introduction of Server 2012 R2, there’s now the ability to extend replication to a 3rd disaster recovery server, and should the primary VM fail and the second server take over, then R2 will now automatically replicate that server to the remaining server. Also, replication in R2 allows users to set the frequency of replication and gives the additional choice of replicating in to Windows Azure, or another cloud-based replication provider.