We have reviewed a number of Supermicro systems in the past and found them to typically deliver solid performance for a great price. For this review we were provided with an X11SPM-TF motherboard (see Figure 1 below) and a 1U SuperChassis.

The X11SPM-TF motherboard sports an Intel Xeon Gold 6132 CPU, which has 28 logical processors and can be purchased for $599.99. It also includes a number of other features to make it an appealing choice for anyone looking to build out their own server.

The star of the show for this motherboard is the Intel Xeon Gold CPU. Intel introduced the Gold line of Xeon processors along with the Platinum series in the middle of 2017. Flexibility is the name of the game with the Gold series of processors, focusing on fast memory access plus a variety of interconnect and accelerator engines.

The Intel Xeon Gold 6132 is no slouch in the performance game operating at base frequency of 2.6 GHz with fourteen cores and 19.25 MB of L3 cache. 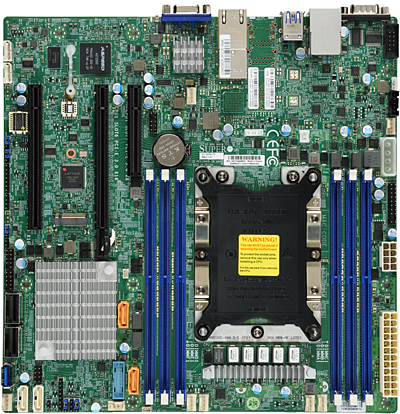 This X11SPM-TF motherboard delivers a number of server features, including 10GB networking and twelve SATA3 ports. Support for M.2 memory devices in a single PCI-E 3.0 X4 slot means you can add a large SSD without the need for an additional physical drive slot.

The on-board mounting supports 2242 and 2280 device form factors which are 42- and 80-mm long, respectively. Using the PCIe interface provides over three times more throughput than a SATA 3.0 port.

A total of six slots supports up to 128GB DDR4 devices for a total potential memory size of 768GB. Our review unit came with four 16GB chips for a system memory capacity of 64GB. On the networking front, the X11SPM-TF uses an Intel X557 chip to provide two 10G BASE-T ports. These ports will scale down to 1Gb and even 100Mb if necessary.

For storage, the X11SPM-TF has eight SATA 3.0 ports through an AHCI controller and an additional four SATA 3.0 ports via an sSATA controller. RAID 0, 1, 5 and 10 are supported, but volumes cannot span across the two controllers. 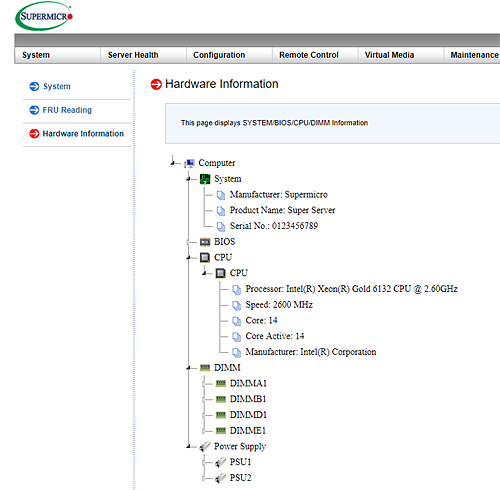 For automated remote management the X11SPM-TF BIOS includes WSMAN support along with WS-CIM. This provides full access to device discovery and enumeration plus a multi-language client library.

For serial-over-LAN (SOL) the BIOS supports SSH and full power control of the server, although this capability still utilizes Java. Full support for the desktop management task force (DMTF) profiles and the common information model (CIM) is also included.

These features allow the X11SPM-TF to be managed from most of the enterprise management consoles on the market.

To test the system with a real operating system, we loaded the Core version of Windows Server 2016 (see Figure 3). Installation went without a hitch, and the system booted on the first attempt. This OS is perfectly suited for this motherboard as a remotely managed system. 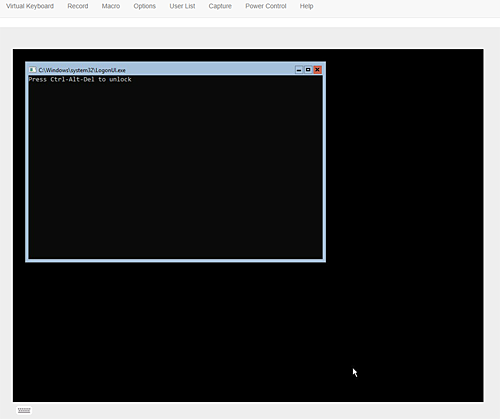 Using Server Manager, we were able to connect to the system from another Windows Server 2016 machine and fully manage all aspects of the hardware and operating system.

The X11SPM-TF system can serve as a perfect VMware ESXi host by booting from a USB device with an ESXi image and then installing to a second USB device to use for the system.

The X11SPM-TF has an internal USB port that will allow a small-sized USB device to be inserted as a boot device. This then frees up all local storage to be used as a VMware storage volume.

The Supermicro X11SPM-TF is ideal for any systems integrator looking to build their own server system from the ground up. It has all the features you would expect from a modern server, including 10Gb networking on the motherboard.

With a base price of $599 for the motherboard, it’s possible to build out a highly functional server system for less than $3000, depending on which CPU you choose. While our demo system came with the Intel Xeon Gold 6132 CPU, the motherboard supports a wide variety of options based on the LGA 3647 socket.