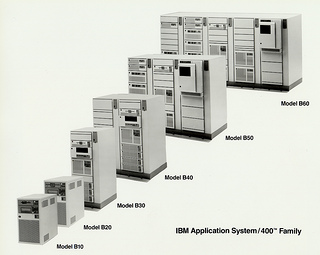 Some server operating systems (OS) were built to survive the test of time – the IBM AS/400 is one such system.

The AS/400 (Application System/400) was first introduced by IBM in June of 1988, and it’s a system that is still alive and well today. Though the core server operating system that constituted the AS/400 is still in use, the name AS/400 as a product brand is not.

In 2008, IBM rebranded what had once been the AS/400 as System i. The ‘i’ stands for integration. IBM i runs on the IBM Power Systems, which can run applications built for the current system and its predecessors. While the official name for the product has changed, it is still commonly referred to in the industry as AS/400 due to how deeply it is ingrained in server technology.

While many organizations have moved their server systems to cloud infrastructures, the core technology from the original AS/400 is still used by over 100,000 companies across a wide variety of industries. According to a recent survey of IBM i users, 39% report that they currently run 75-100% of their workload on IBM i.

Due to its legacy, there is a lot of brand loyalty surrounding IBM AS/400 technology. And this loyalty remains warranted as the system offers many benefits to modern organizations.

Over the history of the IBM AS/400, there has been a number of changes and updates added to the foundation of the original technology.

The original IBM AS/400 operating system

The current IBM AS/400 operating system

A significant change to the platform occurred in 2008 when the IBM i operating system was brought together with IBM’s AIX Unix operating system and Linux onto the same Power server systems.

One of the features introduced in more recent versions of the system is the capability to use PowerVM virtualization. This addition has made it more applicable to modern networks as it can be implemented in hybrid cloud systems. The latest version of this system is IBM 7.4.

Amazingly, RPG IV is one of the original languages supported by IBM AS/400 and is still used today. It has also received regular updates and can work in conjunction with other modern languages, including PHP and Java.

While IBM is now celebrating 32 years of the AS/400, it isn’t resting on its laurels. The platform still regularly receives updates with new versions of the hardware and software that boosts processing power and adds functionality.

An increasing number of organizations are capitalizing on the benefits of a hybrid-cloud system that combines hardware and cloud-based software. IBM will likely follow suit and tailor system updates to integrate with cloud and virtualization technologies. Popular cloud services, such as Microsoft, Google and Amazon are also working to boost capabilities with IBM i to take advantage of the large number of organizations still using the system.

One concern in the industry is that longtime IBM i experts will soon begin to retire, while younger talent is trained more heavily in new cloud-based technologies. However, there are third parties available that can manage IBM i systems.

The promise of the IBM i is that it is able to change as underlying hardware changes. It’s a promise that could see the platform survive for years to come.