Software-defined is one of the most overused phrases in the current world of server-based computing. But the true meaning of the phrase depends on the vendor using it to describe their products.

Common usage includes networking and storage as the target of the software-defined moniker. To truly build a software-defined platform though you need the ability to define your computing environment as well as the operating system and applications. 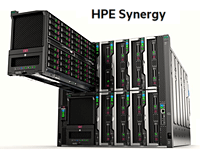 We were given an insider’s tour of the new HPE Synergy platform on a recent visit to the HPE Houston campus and came away with a better understanding of what HPE means by software-defined. The software that does the defining is HPE’s OneView, plus some additional secret sauce built into the HPE Synergy hardware.

As the next evolution of HPE’s C7000 Blade System, HPE Synergy is bringing a new approach to the concept of densely packed computing. Each HPE Synergy 12000 Frame is made up of tightly-coupled components occupying 10U of rack space. Six 2650W power supplies deliver up to 15,900 watts of power backed by ten cooling fans to keep everything running smoothly.

The HPE Synergy Composer is a management appliance responsible for configuring all resources within the frame. Additional racks can be linked through a Frame Link Module to support a broad range of configurations.

The optional HPE Image Streamer appliance handles the job of providing operating system images to individual compute modules. It works in conjunction with the HPE Synergy Composer to configure and provision resources plus the boot images to meet a specific configuration requirement. Golden images are rapidly cloned and deployed on demand for specific scenarios as needed.

The module will function without drives or it will support up to two SFF or four uFF disks. A number of available graphic options, including the NVIDIA Quadro M3000SE and AMD Firepro S7100, bring GPU acceleration to the table for VDI or compute-intensive applications.

The HPE 660 Gen9 Compute module is full-height and delivers essentially twice the capabilities of the 480, including four CPUs and 3 TB of memory. For workloads needing more memory than CPU, the HPE 620 Gen 9 Compute full-height module has two CPU sockets and supports up to 3 TB of memory.

Finally, the HPE 680 Gen 9 Compute module packs four CPU sockets into a full-height double-wide device with up to 6 TB of memory.

For storage, the D3940 module provides 40 small form factor (SFF) drives that can be populated with either 6G SATA or 12G SAS drives. A single Synergy 12000 frame will accommodate up to four D3940 modules for a total of 160 drives.

Any drive can be zoned to any compute module for a truly composable compute and storage combination. Adding a second D3940 I/O adapter adds a redundant data path to disks inside the storage module should that be required. A wide range of networking options are available as well.

HPE OneView provides a single management console to configure and manage the entire HPE Synergy ecosystem. Up to 21 HPE Synergy 12000 frames can be linked together and managed as a single entity. That translates into as many as 252 servers and associated storage and networking.

More servers and resources under a single management tool makes it simpler to administer. It also translates into reduced costs and increased responsiveness to issues when they arise.

Figure 1 shows the HPE OneView Dashboard view with quick links to all management points plus a graphical depiction of the primary systems and their status. A quick glance shows green except for a single warning under the Appliance Alerts label. This visual identifier allows a system administrator to quickly assess the health of the system and drill down to determine the cause of any problems. Figure 2 shows details of the selected HPE Synergy 660 Gen9 Compute Module with clickable links to take you directly to the iLO management console. 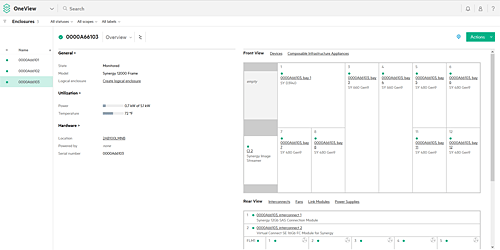 Figure 3 shows an overview of a specific enclosure with the current status of every installed component. This diagram also uses hyperlinks to simplify the access to an individual system should you need to investigate a problem.

HPE OneView for the Synergy takes advantage of the concept of templates to pre-define things like server profiles. This simplifies the process of provisioning server resources by reusing the same template for workloads requiring a defined class of service.

For training and testing purposes HPE offers a full simulation capability in the form of either a Hyper-V or VMware virtual machine. This tool makes it possible to get your IT administration staff up to speed in a shorter amount of time without having a full complement of HPE Synergy hardware. It also lets the IT administration staff evaluate the procedures and processes required to take full advantage of the new composable approach.

HPE Synergy is a logical progression from the previous HPE BladeSystem c-Class infrastructure. It is targeted at new deployments and system upgrades for existing datacenter customers. About the only thing you can’t do at present is stream Windows operating system images. This feature is currently limited to Linux images.

Price may vary based on local reseller and customer configurations. List pricing for the HPE Hyper Converged 380 ranges from $26,000 – $100,000 for an all-flash configuration.