You don’t want to waste time sifting through feeds and reading blog posts that are just trying to market to you—you want to read what really matters.  So the editors of ServerWatch selected the top individuals for you to follow when you want to know what’s happening in the virtualization space.  Our experts come from various backgrounds and offer unique points of view.  They hail from companies like VMware, EMC, Gartner, Veeam and HP, but their viewpoints are not necessarily endorsed by their employer.  Without further adieu, here’s a group well worth following and subscribing to.

1.      Alan Renouf, @alanrenouf, works at VMware as a product manager for APIs, SDKs, CLIs and automation frameworks. Alan has been very active in the IT world for the last 15 years. He sleeps, breathes and eats automation. He recently tweeted about meeting with the chief research officer of VMware: “Just had a fantastic meeting with chief research officer of VMware on future @vmwflings Amazed at the people I get to meet and learn from!” 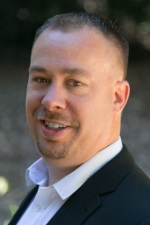 2.      Chad Sakac, @sakacc, works at EMC as the president of global systems engineering.  He founded a group of VMware pre-sales evangelists known as vSpecialists.  Prior to EMC he worked as a director of systems engineering. Sakac often tweets about what happens at the conferences he attends: “Great 2 be here in Brazil at the #CIAC conference with team #EMC, great partners like #intel and #ATOS and customers!” 3.      Chris Wolf, @cswolf, is the VP and CTO for the Americas at VMware and was a previously a Research VP at Gartner. His IT career started while he was in the U.S. Marines. Wolf has written one book, titled “Virtualization: From the Desktop to the Enterprise.” Wolf can be found tweeting about his current speaking events: “Looking forward to #gartneriom summit in Orlando. I present tomorrow at 3:30.” 4.      Duncan Epping, @DuncanYB, has been listed as the #1 blogger by vSphere-land.com since 2008 and has been listed as a top blogger by other sources as well. Epping is currently employed by VMware, where he is chief technologist and previously focused on cloud Infrastructure/vSphere architecture and integration as a principal architect for VMware. Epping thinks that the key challenges in data centers today are storage and networking:  “Storage and networking virtualization … is going to change the way we manage and design datacenters in the upcoming 5 years.  I am personally very excited to work for a company which has solutions in both of these areas and I can’t wait to see how the world of infrastructure will evolve with these new ways of managing networks and storage, but also with all innovation happening in the hardware space these days.”

His view on how containers and virtual machines will evolve in the future is that “both containers and virtual machines (which is a type of container if you ask me) have been around for a long time and haven’t really evolved.  The way of provisioning and managing them is where I expect to see most changes in the future, and in fact this is where we’ve seen most innovation in the past 10 years.  For containers, that is more recent with startups like Docker changing the way applications are delivered.  For virtual machines, a shift is starting towards solutions like vRealize Automation to initiate provisioning, but also management of workloads.  On top of that I expect that fast provisioning mechanisms like Instant Clone aka VMFork will open up many different use cases.”

5.      Eric Siebert, @ericsiebert, is a worldwide solution marketing manager at HP Storage and the president and founder of vSphere-land.com.  He has more than 25 years of experience in the IT industry and is also the author of several books.  For the last fifteen years, Siebert has been focusing on the administration of Windows server environments and supporting enterprise apps. 6.      Jason Boche, @jasonboche, is currently a VMware virtualization product specialist and technical marketing consultant at Dell Compellent.  He has multiple certifications and has been recognized as a VMware vSphere expert five times. Boche was also the leader of the Minneapolis VMware User Group for five years. 7.      Rick Vanover, @RickVanover, is a product strategy specialist and community manager at Veeam Software. Vanover has been in the IT industry since 1996 when he started as a LAN administrator. He spent many years contributing to numerous sites such as TechTarget, CNET, ZDNet, Virtualization Review Magazine and Redmond magazine.

Vanover says there are “a lot of choices around modern storage, availability and cloud technologies. Sure virtualization is the gateway to these things and more; but we need to ensure that the data center does what it needs to do. The IT pro today has to balance a lot more and in many cases has to architect many technologies to work together.”

In the future, he thinks that “containers, and any other new application model for that matter, will really in the end not be that big of a change.” He adds, “we will always have new application models come and older ones will go (or maybe stick around longer than they should!). But if the application is important, it needs to be run in a data center and made available. That includes protection, management, visibility, etc. The rules don’t change for a new application type.”

8.      Scott Lowe, @scott_lowe, started his IT career over 17 years ago as a desktop support specialist. Since then he’s picked up quite a bit of knowledge and has written four books focusing on VMware vSphere. He is currently working as an engineer architect for VMware. Lowe often tweets about the conferences he attends: “Seeing lots of familiar faces at #vmugbe today: @vEDW, @LucD22, @JoeBaguley, & @HansDeLeenheer, to name a few. Good event so far.” Lowe thinks that data is one of the biggest challenges facing data centers today. “The amount of data being generated and/or collected is continuing to skyrocket,” he notes. “Technologies are evolving rapidly to provide increasing compute power, vastly expanded memory capacity, and more plentiful network bandwidth – but the improvements in this area aren’t enough to keep up with the pace of data. Data has inertia. It can slow things down (like slowing down the act of turning up workloads with a public cloud provider because you have to wait for the data to be transferred over the network) or keep things moving (like perpetuating a company’s use of a public cloud provider or SaaS offering due to the difficulty of extracting their data).”

Containers and virtual machines, in Lowe’s opinion, “are going to end up borrowing a lot of attributes from each other. … One of the key benefits of a container today is the ability to very rapidly create or destroy large numbers of containers with very little overhead. We are already seeing some hypervisors start to offer very similar features (VMware’s Project Bonneville, recently announced at DockerCon 2015, is one such example). Similarly, VMs today can offer better security isolation than containers, but I imagine we will start to see new security extensions from Intel and/or AMD that offer enhanced levels of isolation for OS containers (perhaps Intel SGX, or a derivative of Intel SGX). Each of them will continue to offer advantages over the other for certain use cases, so I suspect we’ll see data centers leveraging both for a while yet.”

9.      Stephen Foskett, @SFoskett, is an active participant in the world of enterprise information technology, currently focusing on enterprise storage, server virtualization, networking and cloud computing. He organizes the popular Tech Field Day event series for Gestalt IT and runs Foskett Services. A long-time voice in the storage industry, Foskett has authored numerous articles for industry publications, and is a popular presenter at industry events. His contributions to the enterprise IT community have earned him recognition as both a Microsoft MVP and VMware vExpert. 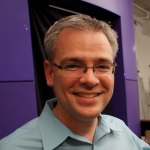 Foskett thinks that “the rise of cloud computing is a massive potential disruptor, but not the way most people think.”  He goes on to say that “many are worried about losing their jobs or losing control as businesses move to the cloud, but this isn’t likely. Rather, companies will have to develop their own cloud services to support future applications, and IT folks will have to rise to the challenge to manage these.”

He also thinks that “container technology fits the cloud datacenter even better than hypervisor technology. Already, Docker has become one of the most critical technologies in the next-generation datacenter and innovation is continuing. I’m looking to see containers spread to storage and networking, not just servers!”

10.   Vaughn Stewart, @vStewed, is a chief evangelist at Pure Storage. He is an expert on the topic, as he has coauthored a book, is often a speaker at industry conferences, published many technical papers and has a patent pending. Stewart has certifications from Microsoft, Cisco, Sun Microsystems, IBM, and NetApp. He has been recognized by VMware as a vExpert from 2009-2012. Stewart thinks the biggest challenge that data centers face is resource scarcity.  “The lack of available rack space and power is driving the migration to cloud computing models and the adoption of new technologies,” he said. “ Take for example all-flash storage; much attention is paid to the performance gains of the solid-state medium.  While all flash storage will outperform disk storage, the true long-term gains are measured in terms of GBs per RU and Watts per GB – in other words flash provides 20X density and 20X power savings over disk-based storage platforms.”

He believes that “VMs and containers are at different ends of their maturation life cycle. … VMs are the norm in today’s data center, comprising roughly half of all systems deployed. By contrast, for all of the promise that containers provide, we are still a few years away from this technology becoming mainstream. Container technology could rapidly accelerate should a large vendor like Microsoft simplify the deployment and operation of the technology while adding support of their enterprise, dev tools and cloud platform.”

Lastly, don’t forget you can always rely on ServerWatch and follow @serverwatch for the latest news. Who do you follow? What blogs do you find interesting? Tweet us or share your thoughts in the comments section below.