Early in the technical preview process Microsoft announced and delivered a new minimalist version of Windows Server called Nano Server. This version was built with the fewest number of components required to boot into Windows Server.

As a minimalist server operating system, 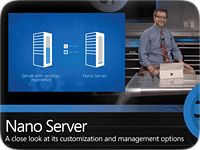 Nano Server doesn’t offer an interactive console but does provide an emergency console with a few functions. Additional functionality in the form of roles can be configured at installation or added once the system is up and running.

Some of the roles currently supported on Nano Server include ASP.Net, DNS, IIS, Hyper-V, Containers, Clustering and File Services. Microsoft has received feedback from the technical preview process of other roles of interest and will likely be adding new ones over time.

Another key point to highlight with Nano Server is the use of a special version of the Microsoft .NET runtime called .Net Core. This provides a subset of the capabilities found in the full .NET runtime on regular installations of Windows Server 2016 and Windows 10.

The GUI tool requires the Windows Assessment and Deployment Kit (ADK), which should be installed on a Windows 10 machine. Note that this page has two different downloads supporting Windows 10 version 1511 and 1607. 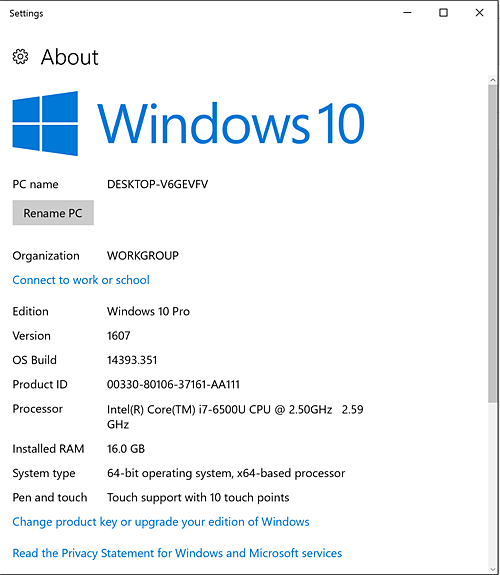 If you don’t know which version you’re running, you can click the Start button and type About, which will bring up a link to the About your PC page in System Settings (see Figure 1). The ADK includes all files required by WinPE to build a bootable USB. Figure 2 shows the first screen you will see upon starting the GUI tool. The opening screen presents two options: “Create a New Nano Server Image” and “Create Bootable USB Media.” The first option is where you choose packages to install, input information such as the computer name plus the administrator password, and configure networking. 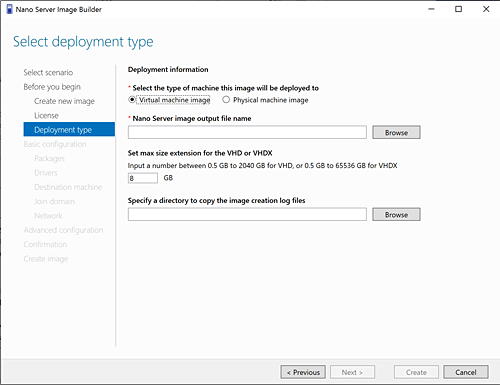 Figure 3 shows the deployment type screen where you must choose to create either a virtual or physical machine image. The difference here would be in the drivers that will be installed to support one or the other.

The current version of the GUI tool supports building either a Standard or Datacenter image for Nano server and follows the same general model as does the full version of Windows Server 2016. Figure 4 shows the final screen you will see as the Nano Server image is being created. Note that you can copy and save the exact PowerShell command required to repeat the process for later use.

Both UEFI and legacy booting are supported with this version of the GUI tool. To install Nano server, simply boot the USB you created; the rest happens automatically.

As a final step in the installation process, the boot files are removed from the USB so that the machine will boot into the newly installed Nano server OS. The process for running Nano server as a virtual machine is similar to running any other virtual machine for which you have the .VHD file.

Nano Server was never intended to be managed from a direct console. In fact, about all you can do from the emergency console is configure networking and firewall settings.

Instead, the primary management tool for Nano Server is PowerShell. Microsoft added new functionality with Windows Server 2016, called PowerShell Direct, which allows an administrator to connect to running virtual machines by name instead of by network address.

This makes it even easier to perform routine management tasks with the full range of PowerShell commands. As an example, connecting to a running Nano Server instance would use the following command:

Microsoft has also delivered a new Azure-based Server Management Tool that provides a functional web-based management console. This tool does require an Azure account, which you can try free for 30 days. It’s also possible to access this feature using an MSDN developers account on Azure.

The latest update to the 5-Nine Hyper-V Manager includes the ability to manage Nano server instances. This tool comes in a free version that gives you a full GUI manager and works with Windows Server 2016.

Windows Nano Server represents the future of where Microsoft wants to go with their server platform, particularly for heavily virtualized environments.

It presents a minimal attack surface with features that can be added intentionally by administrators as needed. With the small memory footprint and fast boot times, it will undoubtedly become popular in heavily virtualized environments.