With virtual machines, as in life, you get what you pay for. So if a service provider is offering very cheap virtualized servers in the public cloud, it’s a pretty sure bet that they won’t be reliable ones.

But sometimes cheap is just what you are looking for, and reliability be damned. 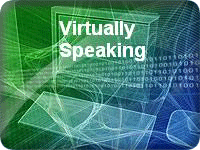 And it’s that kind of thinking that is behind a new cloud-based virtual machine-for-hire service from Google, called Google Compute Engine Preemptible (GCEP) Instances or virtual machines.

And cheap the service most certainly is — with Preemptible virtual machines priced for hire from as little as 1/2 cent per core per hour — and often less than half the standard rates.

But reliable? Not so much. The main “feature” of the service is that with Google’s Preemptible any virtual machine can be shut down at any time with no warning. Poof – gone!

In fact, Google’s Preemptible virtual machines are ticking time bombs waiting to disappear in a puff of logic. That’s because if they have a maximum life span of 24 hours, assuming they don’t get shut down sooner, they are guaranteed to pop out of existence as the clock strikes 12. Or more accurately, 24.

While the service sounds like some sort of April Fool’s joke initially, after a moment’s consideration it’s clear that Google may be on to something here. VMs that can disappear without warning work fine for distributed, fault-tolerant workloads that don’t require continuous availability of any single instance, as Paul Nash, Google’s senior product manager, points out.

In fact, servers can and do fail with little or no notice at any time, so for tasks that are designed to tolerate this, what’s the problem?

And of course no one is forcing you to do all your computing on this type of virtual machine. For example, there’s no reason why you can’t set up a Hadoop cluster in Google’s cloud and specify that, say, 25% of the servers in your cluster should be Preemptible VMs.

CoreOS Catching Up to Docker in Containerization?