Server virtualization for the last decade has been dominated by the concept of virtual machine hypervisors of the type used by VMware ESX and others. There is another form of virtualization known as container-based virtualization that is now rising in popularity, thanks in no small part to the open-source Docker project and its commercial backer, Docker Inc.

Docker is now at the release candidate stage for its 1.0 release, which will mark a significant milestone. 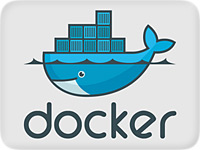 In a video interview, Docker CEO Ben Golub details why the Docker model makes sense for server virtualization and how the open-source project and his company will move forward with the 1.0 release.

“I think that a VM (virtual machine) is a fantastic and incredible tool, but just because you have a great hammer doesn’t mean that everything is a nail,” Golub said. “VMs make perfect sense for solving the server consolidation problem; it doesn’t make sense for a lot of the problems we face today, though, and that’s where the container model comes in.”

In a traditional VM model, a complete operating system is needed for each application running on each hypervisor. In the container model, virtualized apps can run on a single host OS without the need for an additional operating system layer.

“We’ve seen the container format be really useful for application management,” Golub said. “So if you’re trying to create, build or deploy applications, that’s where they [containers] shine.”

Golub explained that the core value proposition of Docker is that a developer can take any application and run it on any server.

“People are getting 10x or better server density with Docker as opposed to VMs,” Golub said. “You’re not taking an application measured in Megabytes [and] combining it with an operating system measured in Gigabytes; you’re just leveraging the host.”

Watch the full video interview with Ben Golub, CEO of Docker, below:

What’s With All the Docker Love?

Interesting Times Ahead in the Server Virtualization World

The Benefits of Docker vs. Server Virtualization