By Paul Ferrill
March 3, 2016
Storage
Share
Facebook
Twitter
Pinterest
WhatsApp
The Cisco Unified Computing System (UCS) platform has been around for quite some time and has gained traction in the blade market previously dominated by the likes of Dell, HP and IBM.

In fact, IDC pegged Cisco’s blade revenue second only to HP in the second quarter of 2015. 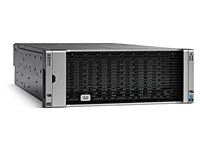 They have quietly built up a large customer list with many installations choosing multiple UCS products along with Cisco networking gear.

We were given the opportunity to go hands-on with a Cisco UCS C3260 at their complex in San Jose, California. The system was housed inside a lab with many racks of equipment, and we connected virtually from the comfort of a conference room.

We did actually get to go into the lab as well and take an up-close and personal look at the system wired up and working. As with most data center environments, you wouldn’t want to hang out in the room for any extended period of time without ear protection.

Storage is the name of the game for this system, and the Cisco UCS C3260 spec sheet shows this server has that down in spades. Figure 1 shows the C3260 system from Cisco with the top covers open revealing three of the four rows of disk slots available. The current system utilizes Intel E5-2620 v2 processors and can be loaded with up to 1 TB of memory. Two independent processor nodes reside within the chassis as opposed to a single node in the UCS 3160 model. Four rows of fourteen slots can be allocated with two rows of SSD and the remaining twenty-eight drives as spinning disks.

Part of the secret sauce of the entire Cisco UCS product line is obviously in the networking. The UCS C3260 utilizes Cisco’s VIC 1300 technology and provides a whopping 160 Gbps of throughput. Each VIC 1300 comes with two 40 Gb QSFP ports for connecting to a top-of-rack switch. The flexibility of Cisco’s networking hardware allows them to support SMB direct over ROCE (RDMA) with up to one dedicated 40 Gbps port if needed. It’s also possible to partition the 40 Gbps port into four 10 Gbps ports if required.

Disk controller options include the Cisco UCS 12G SAS HBA controller plus an LSI MegaRAID SAS 3108 card. You should choose the LSI option if you want to configure your disk drives using hardware RAID. It also supports JBOD mode.

The Cisco HBA is a Non-RAID device meant for applications with software disk management like Windows Server 2012 R2 or something like VMware VSAN, although you’ll need a minimum of three nodes to implement a VSAN cluster. Each C3260 node includes an internal USB port for booting ESXi on that node.

Another key component of the Cisco UCS platform is their management software. While the UCS C3260 isn’t fully integrated into the UCSM suite of tools yet, it does have its own set of management tools, which makes configuring the system much easier.

One place that needs simplicity is configuring the disk drives. With up to fifty-six disk drives that can be grouped in different ways, things can get complicated in a hurry. 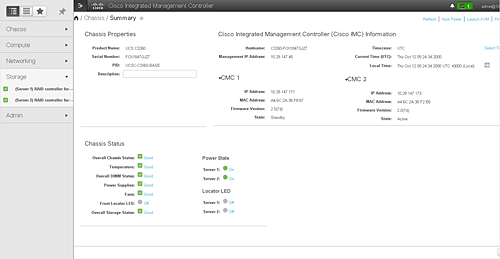 Figure 2 shows the configuration page for drives attached to Server 1. Figure 3 shows a status screen with the two server nodes along with summary information and green status lights to show things are in a good state.

Cisco makes extensive use of XML configuration documents to include the use of an XML API for their Integrated Management Controller (IMC). The Cisco IMC XML API is specifically used to configure and monitor C-Series servers to include the UCS C3260. 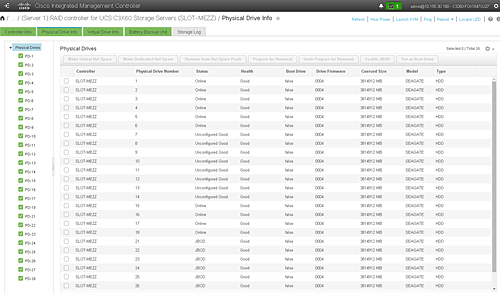 Using this approach makes it possible to roll out many servers and configure them in a programmatic fashion. For really large datacenters this feature is critical to maintain order in the midst of many systems.

Cisco provides support for all the major operating systems, including Microsoft Windows Server, VMware ESXi, and two primary Linux flavors: Red Hat Enterprise Linux and SuSE Linux Enterprise Server (SLES). With RHEL there is also support for some of the new OpenStack and container technology, including the Ceph object storage platform.

The UCS C3260 makes a great platform to build out a Microsoft Scale-out File Server (SOFS) using the disks in JBOD mode. Full support and certification for Windows Server 2012 R2 has been in place for a while, and Cisco is working with the latest technical preview releases of Windows Server 2016 as well.

For VMware ESXi, Cisco provides a customized ISO image to install onto a USB device for boot purposes. You could use two UCS C3260 boxes and configure VMware VSAN with a ton of storage.

Cisco has a winner with the UCS C3260 when it comes to building out a storage server. It definitely outshines similar offerings from Dell and HP in terms of disk density. The tight integration with the rest of the UCS ecosystem will definitely make it attractive to existing Cisco customers.