Red Hat: Containers are Not Magic

The Red Hat Summit got underway today, highlighted by a new partnership with Amazon for OpenShift that doesn’t involve the Amazon Elastic Container Service (ECS) as well as some bold pronouncements about competitors in the cloud market.

“When Linux first started it really was a commodity play,” Paul Cormier, President of product and technology at Red Hat (pictured), said during the 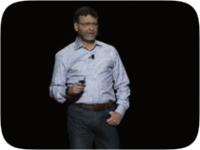 Red Hat Summit press conference. “What has happened over the last ten plus years, is that Linux has moved from commodity, to where all the innovation is.”

Cormier emphasized that all the innovation that is coming from the application development and cloud area has been built on Linux and open source. Going beyond just Linux, Cormier said Red Hat’s promise is for organizations to be able to run any application in any cloud without any lock-in.

“Containers are Linux, and I think that is something a lot of the industry has missed,” Cormier said. “It’s not magic — it’s Linux.”

Competition Condensing in the Cloud?

During the Q&A portion of the press conference, Cormier was asked where competition is coming from in the cloud space. During his response he made a rather surprising comment about rival OpenStack vendor Mirantis.

“I think Mirantis just announced last week that they are getting out of the business,” Cormier said. “So I guess they won’t be a competitor anymore.”

Mirantis and Red Hat have had a somewhat acrimonious public relationship for several years.

As it turns out, though, Mirantis is likely to remain a Red Hat competitor in multiple areas. On April 19, Mirantis announced its Mirantis Cloud Platform (MCP) 1.0 release, providing a commercially supported version of both Kubernetes and OpenStack.

Cormier was also asked about Red Hat’s position in the Internet of Things (IoT) realm. Red Hat does not have any one specific product or service today that is specifically built for IoT. That said, Cormier said Red Hat has multiple products and services that can fulfill IoT needs today.

There is also a growing hype in the industry today around serverless architectures, which feature some form of event- or function-driven programming models, with Amazon’s Lambda being a prime example.

“We have thought about it (serverless), but we’re probably not going to announce anything about it now,” Cormier said. “I think it’s a natural progression to get there, to be able to kick off an event across any one of our footprints in the hybrid world.”