Mirantis has emerged over the last few years to become on of the world’s leading OpenStack vendors. At the core of Mirantis’ own effort has long been its FUEL project which provides installation, deployment and management capabilities that are needed to deploy an OpenStack cloud.

Mirantis first publicly released the FUEL library as an open-source effort in March of 2013. Now the FUEL effort has been formally approved by the OpenStack Foundation to be included under what is known as the ‘Big Tent’ model.

As part of the OpenStack Liberty release which debuted in October, OpenStack has moved from being a more limited set of integrated projects, to taking a 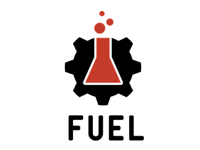 broader view of projects that can be included – the so called Big Tent. Under the Big Tent model, many more projects than ever before are now considered to be official OpenStack efforts – and FUEL is now being added to that list.

For Boris Renski, co-founder of Mirantis, having FUEL added to the OpenStack Big Tent is a big deal in many respects, but not from a development perspective.

“From the development process, we won’t do much different,” Renski told ServerWatch. “We have been building Fuel following the OpenStack governance principles for a long time, socializing design decisions on the mailing list, holding our own PTL (Project Technical Leader) elections, using OpenStack CI (Continuous Integration) infrastructure for code reviews and commits etc.”

That said, being part of the Big Tent, offers renewed opportunity for collaboration and adoption of FUEL in the broader OpenStack marketplace.

“Now that Fuel is officially OpenStack though, we’d like to work closer with other OpenStack vendors and projects to have Fuel emerge as the default way to install OpenStack environments,” Renski said. “My personal dream is to see Fuel used as an installer for Red Hat OpenStack, SUSE and Canonical at some point in time instead of each vendor having their own proprietary toolkit.”

Renski added that Mirantis has already been taking with members of the Red Hat sponsored RDO OpenStack community to explore the possibility of them using Fuel as an installer for the RDO OpenStack distribution.

Fuel is already one of the leader installers for OpenStack and according to Renski there are now over three thousand live OpenStack clouds out there powered by Fuel. Going a step further, even though Fuel is only now officially entering the Big Tent, it already has had outside code contributions from multiple vendors including AT&T, Comcast, NTT, Fujitsu, Hitachi, Mellanox, Comcast, Rackspace and even Red Hat. Renski’s hope is that with Fuel’s official inclusion into OpenStack Mirantis will be able to drive more outside contributions to the project.

“All Fuel development has always been done upstream first,” Renski said. “We intend to continue this going forward.”