The global market for servers continues to experience revenue decreases, even as the volume of servers shipping is rising. Both Gartner and IDC released their respective third quarter 2013 (3Q13) worldwide server reports this week, showing which areas of the server market are growing and which ones are in decline.

IDC reported that the global server market had revenues of $12.01 billion in 3Q13, for a 3.7 percent year-over-year decline. 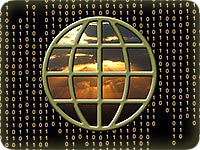 Gartner’s report has 3Q13 server revenue coming in at $12.3 billion, for a 2.1 percent year-over-year decline.

“The worldwide server market remains in a relatively weak performance mode as we move through the second half of the year,” Jeffrey Hewitt, research vice president at Gartner, said in a statement.

In terms of server shipments, IDC has the volume at 2.3 million units for flat year-over-year growth while Gartner saw 2.5 million servers shipped for a modest 1.9 percent year-over-year gain.

Some of the biggest declines during the quarter were felt in the Unix server space, which has now hit all-time lows. According to IDC, Unix server revenues for 3Q13 fell to $1.3 billion, for a 31.3 percent year-over-year decline.

IDC also saw softness in Microsoft’s Windows Server, with revenue of $6.1 billion, down by 1.3 percent on a year-over-year basis. In contrast, IDC is seeing continued growth from Linux, with revenue coming in at 3.4 billion for a 5.6 percent gain.