For the quarter, Red Hat reported revenue of $446 million for a 19 percent year-over-year gain. Net income was reported at $47 million, up from $41 million in the second quarter of Red Hat’s fiscal 2014. Looking forward, Red Hat provided third quarter guidance for revenue to be in the range of  approximately $449 million to $452 million. 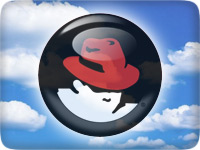 “We estimate that more than half of this cloud revenue is from small to medium-sized businesses, many of which are new to Red Hat,” Peters said. “Second, this public cloud revenue has grown sequentially every month since we began tracking it and is growing at a faster rate than any other part of the business.”

Red Hat has also recently marked a major milestone with the release of Red Hat Enterprise Linux 7 (RHEL 7) on June 10.

Red Hat CEO Jim Whitehurst said during the earnings call that RHEL 7 is one of his company’s largest and most significant releases in terms of new features and ease of use.

“I do think there is more than usual interest in RHEL 7 because of its support of containers with the C-groups and other performance improvements to optimize it for cloud,” Whitehurst said.

RHEL 7 includes support for Docker container virtualization technology. Whitehurst commented that there is tremendous interest around containers as a new way to build, deploy and manage applications.

“It’s not just on the west coast of the U.S. — across the board, people are really looking at containers,” Whitehurst said.

Whitehurst added that Red Hat has a lot of credibility around containers, because of all the work the company has done in C-groups and other areas within Linux.

“Containers opens up large strategic conversation with our customers and that really just helps drive the whole portfolio,” Whitehurst said. “I think we have all been surprised at how fast containers have really kind of hit mainstream in terms of discussion and therefore it really does help drive the portfolio.”