For decades, Sun Microsystems updated its Solaris Unix operating system with new major releases on a semi-regular release cycle. When Oracle acquired Sun in 2010, the early expectation was that Solaris would continue to evolve in a similar manner, but that’s no longer the case.

In November 2011, Oracle released Solaris 11, but it now seems unlikely that Oracle will release a Solaris 12 anytime soon, if ever. 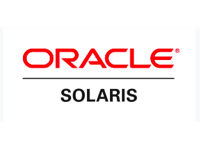 On Jan. 23, Oracle announced it is moving Solaris to a continuous delivery model. In such a model, there is no longer a major milestone release (ie. Solaris 12), but rather a regular cadence of incremental updates and bug fixes to the existing Solaris 11 base.

“New features and functionality will be delivered in Oracle Solaris through dot releases instead of more disruptive major releases, consistent with trends seen throughout the industry,” Oracle stated in a blog post.

“This addresses customer requirements for an agile and smooth transition path between versions, while providing ongoing innovation with assured investment protection,” the post continued.

Oracle had already been providing incremental dot updates for Solaris, including the Solaris 11.2 release that debuted in 2014.

In a January 2008 interview HP emphasized it wasn’t likely to move to version 12 for HP-UX, and so it has remained almost a decade later. That said, HP did note at the time that though it still has the same major version numbers, new features continue to flow into the Unix operating system.

Oracle’s approach appears to now be very similar to the HP approach and likely has been for a few years, even though Oracle didn’t formally announce the change until this week.

“The Oracle Solaris continuous delivery model has been silently in place for some time and is now the official delivery mechanism going forward,” Oracle stated.