OpenStack vendor Mirantis today is announcing a new deal that will bring OpenStack Public cloud technology to the Middle East and Africa (MEA). Mirantis is partnering with the Saudi Telecom Company (STC), which is the largest telecom provider in MEA, to provide services to over 100 million customers across nine countries.

The partnership will see Mirantis working with STC to bring public cloud services to customers in MEA. Mirantis is calling the effort the first OpenStack public cloud initiative for that part of the world. It’s not entirely clear at this point exactly how much the deal is worth from a financial perspective, 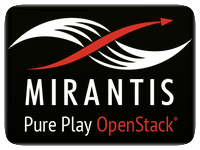 though it is impactful.

Boris Renski, co-founder of Mirantis, told ServerWatch that he couldn’t say the exact number, though he was able to share that the amount would total “8 figures over the course of two to three years.”

Mirantis has been aggressively growing its OpenStack business over the last several years and has raised approximately $200 million in funding to support its efforts. Mirantis announced a $100 million Series B2 round of funding in August 2015.

Renski commented that this is the first public cloud effort for STC. It’s his expectation that STC will start with a few hundred nodes, but will grow into thousands over the course of two to three years.

Renski said that STC is acquiring new equipment for its OpenStack public cloud efforts, but specifically the kind that is tested and certified through Mirantis’ Unlocked partner program.

The Mirantis STC deal comes at an interesting time for the OpenStack public cloud market. Rackspace, one of the originators of OpenStack itself, disclosed during its fourth quarter fiscal 2015 earnings call that it was shifting effort away from the public OpenStack cloud.

Rackspace is seeing increasing demand for Amazon and Azure in the public cloud space and is shifting its investments to match market demand and growth opportunity.

As to why the Middle East and Africa may or may not be different in terms of Amazon and Azure adoption for the public cloud, Renski has an opinion.

“In our opinion it is not so much about AWS or Azure in that region or not, it’s about telcos’ business model in general,” Renski said. “Telcos generally don’t go to Amazon because offering up infrastructure and network to customers is their core business and you can’t outsource your core business. Middle East or else, telcos will generally go to OpenStack.”