Why Did Verizon Sell its Cloud and Hosting Service to IBM?

For a time, Verizon’s corporate strategy involved becoming a major player in the data center and cloud hosting markets. That strategy is no longer in place in 2017. 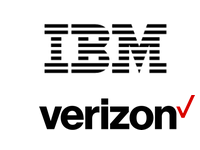 hosting services. Financial terms of the deal have not yet been publicly disclosed, and the deal is currently scheduled to close later this year.

“This is a unique cooperation between two tech leaders to support global organizations as they look to fully realize the benefits of their cloud computing investments,” George Fischer, SVP and Group President, Verizon Enterprise Solutions, wrote in a statement.

“It is the latest development in an ongoing IT strategy aimed at allowing us to focus on helping our customers securely and reliably connect to their cloud resources and utilize cloud-enabled applications,” continued Fischer.

“Our goal is to become one of the world’s leading managed services providers enabled by an ecosystem of best-in-class technology solutions from Verizon and a network of other leading providers,” Fischer added.

The sale of the cloud and hosting business comes in the same week Verizon officially completed the sale of 29 data centers to Equinix for $3.6 billion, which was a deal first announced in December 2016.

Verizon began to aggressively expand its data center and managed hosting footprint back in January 2011 with the $1.4 billion acquisition of Terremark. In 2012, Verizon was busy expanding Terremark’s cloud capabilities as demand grew.

What Led to Verizon Selling Its Cloud Assets

Ultimately, however, Verizon did not manage to achieve the levels of profitability and scale needed to compete in the cloud market, which is why the company is now shedding its cloud hosting assets.

IBM on the other has been growing its cloud business, which continues to be a major source of growth for the company overall. On April 26th, IBM announced it was opening four new data centers to deal with an explosion of demand for cloud infrastructure.

In IBM’s first quarter fiscal 2017 financial results, which were reported on April 18th, IBM reported it has generated $14.6 billion in cloud revenue over the last 12 months.