At the IO 17 conference on May 17, Google announced server innovations that will provide new power for machine learning in the cloud.

The second-generation Cloud Tensor Processing Units (TPU) are purpose-built hardware that enables massive computations needed for machine learning at scale. Tensorflow, an open-source project for machine learning that Google created, will be the big winner with the new TPUs. 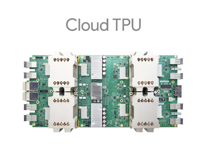 The total capacity of a TPU pod is a staggering 11.5 petaflops of computing power.

“Using these TPU pods, we’ve already seen dramatic improvements in training times,” Google engineers Jeff Dean and Urs Holzle wrote in a blog post. “One of our new large-scale translation models used to take a full day to train on 32 of the best commercially-available GPUs — now it trains to the same accuracy in an afternoon using just one eighth of a TPU pod.”

“We hope the TensorFlow Research Cloud will allow as many researchers as possible to explore the frontier of machine learning research and extend it with new discoveries,” Zak Stone, Product Manager for TensorFlow, wrote in a blog post.

What Is PostgreSQL? Open-Source Database System