The server numbers for the first quarter of 2015 from analyst firms IDC and Gartner are now available and both firms are reporting growth.

IDC is reporting that for the first quarter 2015, global server revenues hit $12.8 billion 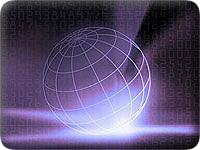 “The first quarter of 2015 was a particularly strong start to the year, with the strongest shipment growth since the third quarter of 2010, when the market was recovering from the downturn. It was also the second largest-volume quarter ever,” Adrian O’Connell, research director at Gartner, said in a statement.

“We continue to see a market profile that is increasingly driven by new compute deployment scenarios, often in hyperscale datacenters,” Al Gillen, Program Vice President, Servers and System Software at IDC, said in a statement. “These customers tend to buy in large contracts, creating considerable variability within any given quarter, with this variability usually associated with density-optimized server products.”

In terms of vendors, both IDC and Gartner have HP in the top spot by revenue.